NVIDIA's next-gen GeForce RTX 40 series GPUs could be here sooner rather than later, with leaker "kopite7kimi" teasing a "Q3 early" release... meaning July/August (which would be early Q3) with September being the end of Q3.

I was personally in Cologne, Germany during Gamescom 2018 when NVIDIA announced its Turing GPU architecture and new GeForce RTX 30 series GPUs, back in September 2018. This would be earlier than regular scheduled releases from NVIDIA, but we are in a Bizarro GPU world... and next-gen GPUs would be welcomed right now.

NVIDIA would be out of the gate ahead of AMD and its upcoming RDNA 3 architecture and new MCD-based Navi 31 GPU. MCD being a multi-chip die, with a chiplet-based GPU design compared to NVIDIA's monolithic GPU design expected with Ada Lovelace and the new flagship AD102 GPU that should power the GeForce RTX 4090 Ti and GeForce RTX 4090 graphics cards. 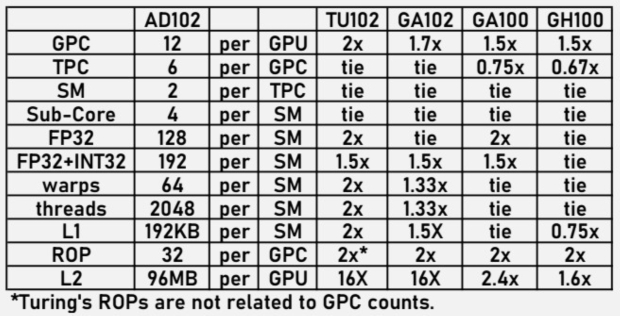 But... maybe we might see NVIDIA mix things up.

The company did just launch the new flagship GeForce RTX 3090 Ti, so it would need to easily topple that with Ada Lovelace. NVIDIA might start with the new flagship AD102-based GeForce RTX 4090 Ti + RTX 4090 and the RTX 4080 and RTX 4070, all at the same time... replacing the entire stack of Ampere GPUs in one fell swoop. That would be awesome.