SpaceX CEO Elon Musk has taken to Twitter to announce that Russia is attempting to bring down Starlink satellites providing internet connection over Ukraine.

The news of Russia launching a cyberwar against Starlink satellites comes with little surprise as it follows Musk revealing a letter written by Russia's space agency chief Dmitry Rogozin that said Musk would be "held accountable like an adult" for his role in "supplying the fascist forces in Ukraine with military communication equipment". Musk revealed that letter and shortly after posted another tweet that stated, "If I die under mysterious circumstances, it's been nice knowin ya."

Reports indicate that Russia was behind a large-scale cyberattack that was carried out in later February following the nation's invasion of Ukraine. Russian hackers targeted Viasat's network and caused tens of thousands of modems across the US, UK, Canada, Estonia, and the European Union to be switched offline. Notably, many of the affected modems had to be sent back to the factory to be replaced.

"After those modems were knocked offline, it wasn't like you unplug them and plug them back in and reboot, and they come back. They were down and down hard; they had to go back to the factory to be swapped out," said the U.S. National Security Agency's Director of Cybersecurity Rob Joyce to Reuters.

Russia's goal of the hack was to disrupt communications across Ukraine during the beginning of the war, with the full extent of the hack still yet to be known. Musk has said that the Starlink services currently available over Ukraine are defending against Russian hacks, but "They're ramping up their efforts". 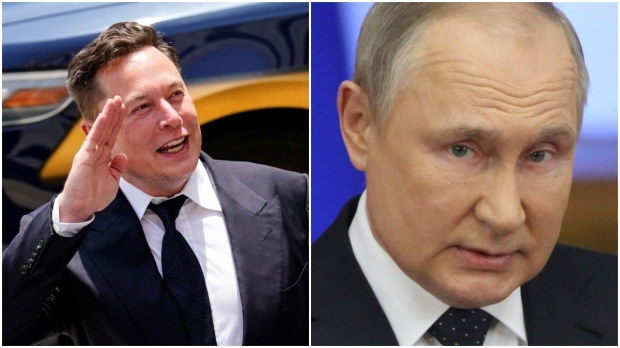