As what the mainstream would call a "conspiracy theorist" it has been a wild ride -- I've never gone through so much popcorn, 17 bags so far -- Elon Musk is ramping things up (again).

But in a fresh tweet, Elon is now jumping on the Harvey Weinstein story, Matt Lauer raping women in his office at NBC, and now Jeffrey Epstein's BFF Ghislaine Maxwell. Musk was spotted with Maxwell at a Vanity Fair party in 2014, where I've even seen posts myself questioning why he was caught in a photo anywhere near Maxwell. Especially considering someone of his wealth and power would know, he would know for SURE, what she and her kind were into.

Musk has now made things clear, in that he does not know Ghislaine Maxwell at all. Musk tweeted: "NBC basically saying Republicans are Nazis..." following it up quickly with: "Same org that covered up Hunter Biden laptop story, had Harvey Weinstein story early & killed it & built Matt Lauer his rape office. Lovely people".

This caught the attention of the world's richest man, who has to have cloned himself at this point with how much he tweets, replies with "where is their "client" list? Shouldn't at least one of them go down?" and he is NOT wrong.

Musk replied to someone posting the photo of Ghislaine Maxwell and Elon Musk at the Vanity Fair party in 2014, with the soon-to-be-new-Twitter-owner adding: "That's a Vanity Fair party and she photobombed me in the background, but you know that already, don't know?"

Pranay Pathole tweeted in reply to Elon, saying "Elon doesn't know Ghislaine Maxwell at all. She photobombed him once at a Vanity Fair party in 2014. Real question is why Vanity Fair invited her in the first place?!"

In typical Elon Musk fashion, he simply replies with "that is exactly the question".

Can't wait to see how things roll out today, with Bill Clinton meeting for lunch with Biden at the White House today of all days. 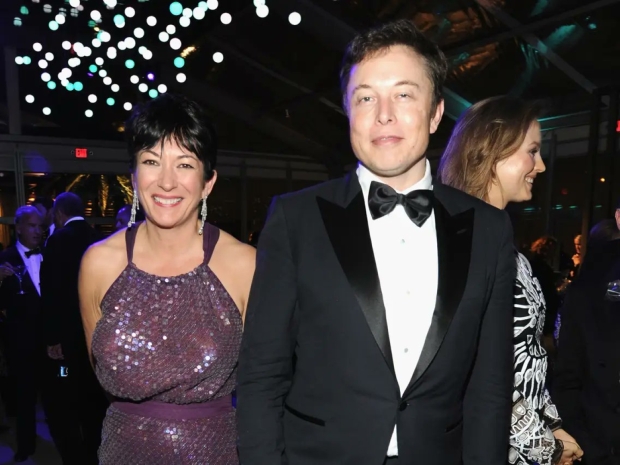