Elon Musk is really sending a message to the powers that be with his latest tweet, striking at Bill Gates and saying "in case u need to lose a boner fast" with a picture of Bill and a "pregnant man" emoji.

There's absolutely no context here, it's just the world's richest man -- and soon-to-be owner of Twitter -- trolling one of the other richest men in the world: Bill Gates. But the pregnant man emoji? I mean a conspiracy theorist would have a field day connecting BOTH of the men to Ghislaine Maxwell, Jeffrey Epstein, and a million bad people in between... but hey, Musk doesn't like to talk about that.

It can't be a dig at Bill being bigger (fatter, if you don't get triggered by the word) than Elon... Elon is a chunky lad as well. So what exactly is Elon saying here? Is Bill Gates really a woman? Is that why Melinda split up with him? Maybe Melinda is a man, like the rumors of Michelle Obama being a man... I guess we'll have to see what Elon Musk says next.

Wait... he did say something, 37 minutes after his original tweet he said "shadow ban council reviewing tweet"... 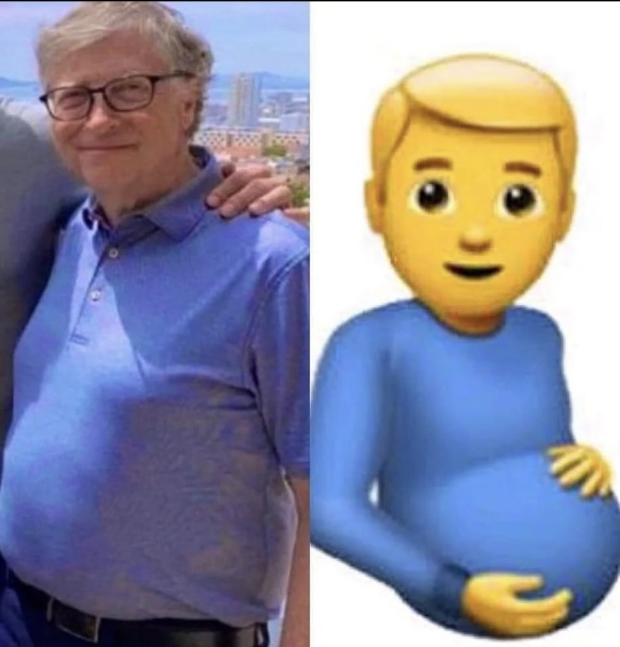