It's official: Elon Musk has purchased Twitter, with President Trump saying he won't be coming back to the new Musk-owned social networking site. 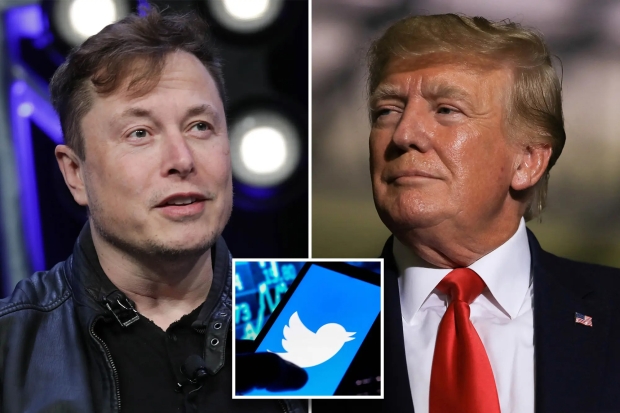 President Trump spoke with Fox News on Monday shortly after the SpaceX and Tesla CEO secured his new goodies, where he said: "I am not going on Twitter, I am going to stay on TRUTH. I hope Elon buys Twitter because he'll make improvements to it and he is a good man, but I am going to be staying on TRUTH. We're taking in millions of people, and what we're finding is that the response on TRUTH is much better than being on Twitter. Twitter has bots and fake accounts, and we are doing everything we can".

"The bottom line is, no, I am not going back to Twitter".

Remember, President Trump was banned from Facebook and Twitter in January 2021... and virtually every other platform... and was never re-instated. It was thought that with Twitter being purchased by Elon Musk and the billionaire wanting it to be a beacon of free speech, that Trump would return... alas, he won't.