MassiHancer is back again with some very incredible modding work on Batman: Arkham Knight, using a ray tracing mod at 8K on the GeForce RTX 3090 Ti with some bat-shit insane results. Check it out:

The modder has previously impressed with some super-impressive work on God of War 3 and Star Wars: Battlefront -- both radically improved with his ray tracing mods and more -- showcased beautifully at the monster 8K resolution, offering 7680 x 4320 or 4x the pixels of 4K (and 16x that of 1080p, I might add).

MassiHancer talked with DSO Gaming, where he explained: "For the first time you can see godrays and Dynamic Volumetric Fog integrated into the existing rendering engine extracting object positions from the Depth Buffer (something that was possible only using RT cores or NVIDIA PhysX ). I added Color Grading, Depth of Field and a Camera Mod that reacts to everything happening in Gotham. Finally I used "also" RT shader from Pascal Gilcher for G.I. effects".

Batman: Arkham Knight originally dropped in 2015, highlighting the amazing work MassiHancer has done on the 7-year-old title. It looks better than some of the AAA games released in 2021 and 2022, which is a mighty impressive feat. 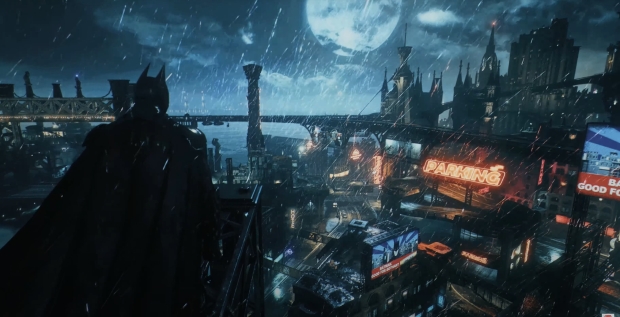