God of War is now available on the PC after being a PlayStation exclusive for many years, and while that is being enjoyed by gamers across the world on the PC -- the very best version of the game -- God of War 3 has been tweaked, run at 8K with ray tracing, and more. Check it out:

The game looks good on its own, but man... at 16x the pixels of 1080p and 4x the pixels of 4K, I don't think God of War 3 could look any better at 8K. But when you add in the reflections that ray tracing provides, adding in Global Illumination, you've got God of War 3 looking, unlike anything the next-gen consoles could ever wish for. 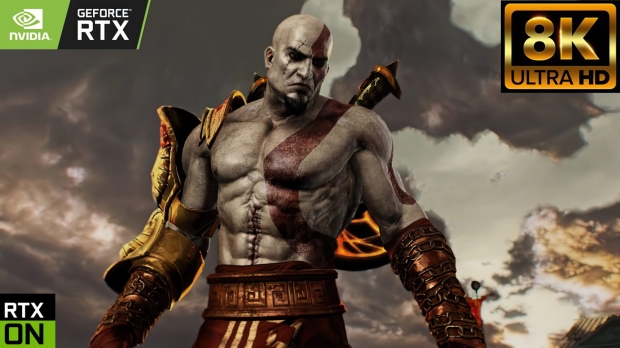 The way the battles, swords, flames, blood reflects off of the reflective surfaces thanks to the ray-tracing addition into God of War 3, it amplifies how good it looks at 8K. It's an impressive thing to see... as it's all running through a PS3 emulator.