AMD hasn't confirmed what speeds of DDR5 memory will be supported out of the box with its new AM5 platform, which supports DDR5-5200 memory out of the box... according to Apacer. 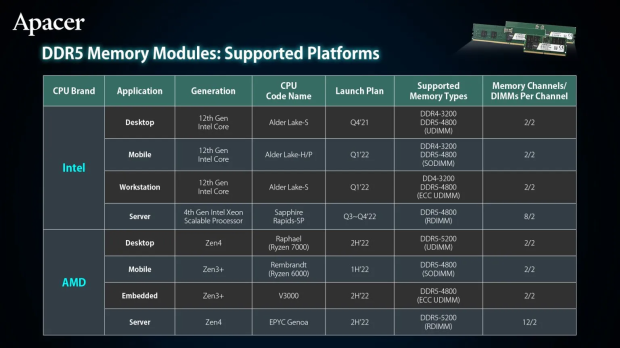 Apacer has confirmed that AMD's new Ryzen 7000 series will support DDR5-5200 memory by default, beating the default DDR5 spec support for Intel and its new Alder Lake platform. Intel is supporting DDR5-4800 out of the box on its DDR5-based on Z690-based motherboards, so it seems AMD has 400MHz higher than JEDEC specs ready for its new Zen 4 architecture.