AMD's next-gen Zen 4 architecture will debut this year, powering the new Ryzen 7000 series CPUs inside of your PC... Zen 4 will be fabbed by TSMC on their new 5nm process node and will reportedly enter mass production this month.

AMD is reportedly tapping out its new Zen 4-based desktop CPUs at 16 cores and 32 threads, with a TDP of up to 170W. The codename "Raphael" CPUs will be using the Zen 4 architecture, utilizing TSMC's new 5nm and 6nm process nodes on its chiplet design. We should also expect the new AM5 socket (LGA 1718), DDR5 memory, and PCIe 5.0 support. 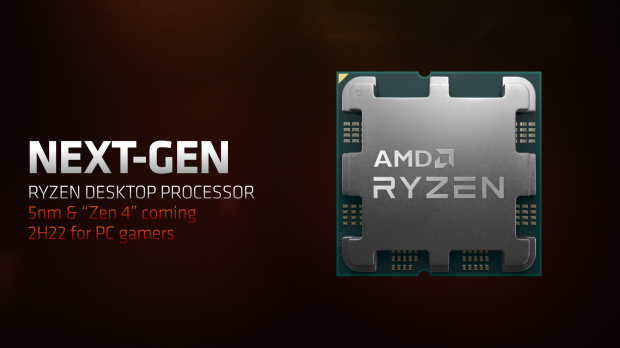