A YouTuber that goes by the Trevor Jacob filmed himself crashing his own plane over California's Los Padres national forest and has now lost his pilot license.

Jacob filmed himself flying over California's Los Padres national forest in a small plane that was equipped with several camera angles. In the video, Jacob can be heard saying, "I'm over the mountains and I ... have an engine out," and then he can be seen abandoning his plane, jumping out, and filming himself parachuting towards the ground. The video was uploaded on December 24, 2021, and sparked an investigation by the Federal Aviation Administration (FAA) on April 11, 2022.

The investigation has concluded that the crash of Jacob's 1940 Taylorcraft BL-65 was intentional and that Jacob "demonstrated a lack of care, judgment, and responsibility by choosing to jump out of an aircraft solely so you could record the footage of the crash."

The FAA backed up its conclusion of "intentional" by pointing to the plane being outfitted with cameras, Jacob already wearing a parachute, opening the side door before saying the engine had stopped working, and that he jumped out of the plane holding an already prepared self-stick with a camera attached to it.

The former pilot responded to the letter from the FAA by saying, "I didn't think that just posting a video of an adventure gone south would ruffle so many feathers. The aviation community has been pretty tough on me, so I'm thinking about quitting altogether and giving up, just because I'm hated." 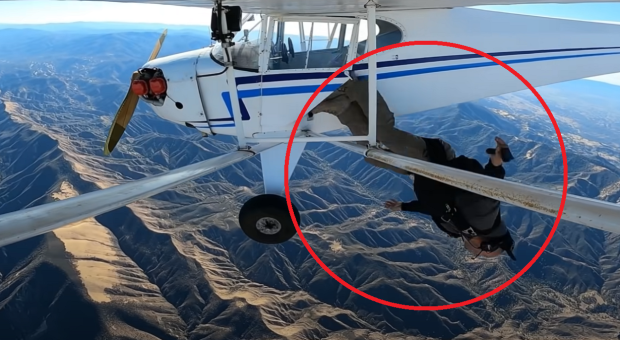