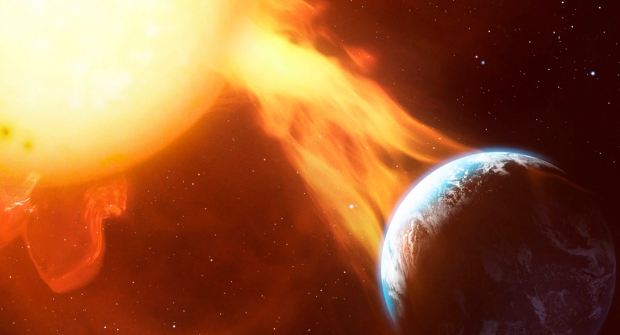 Earlier in the week, officials from the National Oceanic and Atmospheric Administration's Space Weather Prediction Center (SWPC) warned that astronomers observed at least 17 solar eruptions over two days from the single sunspot called AR2975. Following the eruptions came two coronal mass ejections that merged into a "cannibal coronal mass ejection" that collided with Earth's magnetic field during the night on March 30 through to April 1.

The collision of the charged particles from the sun into Earth's magnetic field at 1,881,263 mph produced a G3 geomagnetic storm that resulted in an increased chance of auroras such as the northern/southern lights appearing. It should be noted that this particular CME impact is harmless to humans on the surface due to Earth's protective atmosphere, but larger blasts can cause problems for satellites, low-frequency radio navigation, and electricity grids.

Recently, SpaceX lost 40 Starlink satellites to a solar storm right after they were launched and heading to their intended destination.