It was only recently that Ukrainian troops hit the jackpot by capturing a "potent Russian EW system", and now Ukrainian forces have hit another major jackpot.

According to the UAWeapons Twitter account that is dedicated to posting constant updates on weapons, Ukrainian troops have captured a 9S935 MANPADS gunner's target cuing set, which is a part of a "Barnaul-T" command and control system that is used to conduct electronic warfare.

As Russia seemingly pull back from Ukraine's capital of Kyiv, they are leaving behind military equipment, as only recently, Ukrainian forces captured a Russian Barnaul-T command post that is now being used by Ukrainian troops in their defense. The Barnaul-T system has been in operation for more than 10 years and can be linked with surface-to-air missile systems to provide well-timed target designations.

Since the US and Ukraine are allies, they share military data to at least some degree under the Formal Material Exploitation (FME) program, which means that US intelligence is likely being fed the data from captured Russian military equipment that will then be used to create countermeasures. 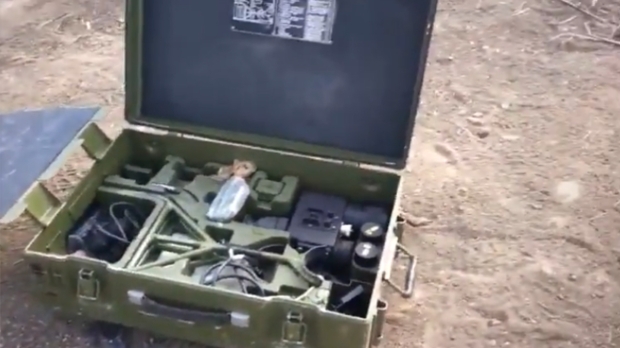