NASA's Perseverance Rover first landed on the surface of Mars just over a year ago, on February 18th, 2021. 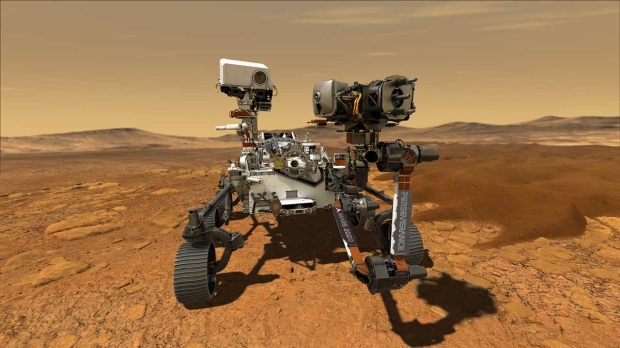 Perseverance landed in the Jezero Crater on Mars and, in its first science campaign, has collected eight rock-core samples from the area. It has since journeyed to Jezero's ancient river delta on April 13th, 2022, to begin its second science campaign, known as the "Delta Front Campaign." The new science campaign is expected to be the rover's best chance of finding ancient microbial life signs.

"We've been eyeing the delta from a distance for more than a year while we explored the crater floor. At the end of our fast traverse, we are finally able to get close to it, obtaining images of ever-greater detail revealing where we can best explore these important rocks," said Ken Farley, Perseverance project scientist at Caltech in Pasadena.

The delta is a large collection of rocks and sediment found along the western edge of the Jezero crater, where an ancient Martian river and crater lake converged billions of years ago. The science team behind Perseverance is targeting the delta for the fine-grained sediment that has been deposited there, where the rover may find signs of life.

"The delta is why Perseverance was sent to Jezero Crater: It has so many interesting features. We will look for signs of ancient life in the rocks at the base of the delta, rocks that we think were once mud on the bottom of 'Lake Jezero.' Higher up the delta, we can look at sand and rock fragments that came from upstream, perhaps from miles away. These are locations the rover will never visit. We can take advantage of an ancient Martian river that brought the planet's geological secrets to us," Farley continued.

The Delta Front Campaign officially started on April 18th, 2022. Perseverance's first goal is to find the best route to ascend toward the delta, which is elevated about 40 meters (130 feet) higher than the crater floor. The campaign is scheduled to take the same time as half a year on Earth.