AMD has officially introduced the Ryzen PRO 6000 series which is for business and professional laptops, based on the Zen 3+ architecture. 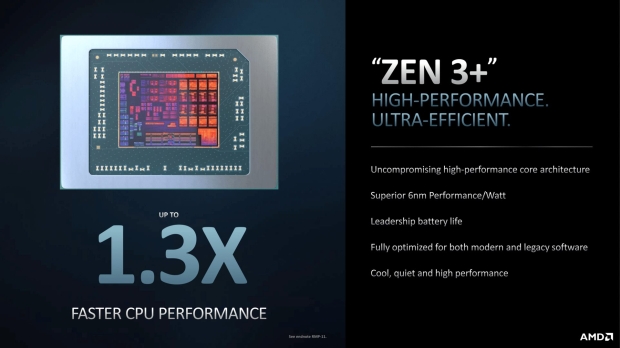 The new AMD Ryzen PRO 6000 series offers up to 8 cores and 16 threads of CPU power at up to 4.9GHz, on the new Zen 3+ architecture and TSMC 6nm process node. It packs an integrated GPU, with RDNA 2 graphics on-board and ready to rock and roll. 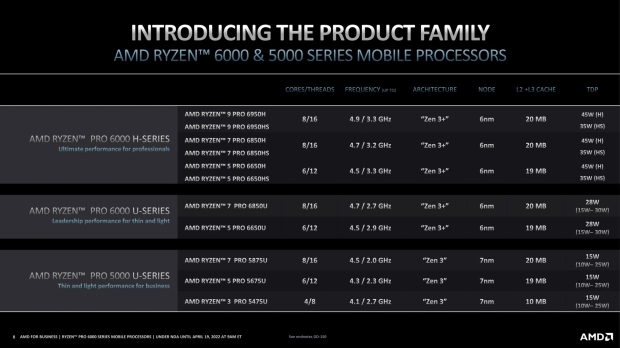 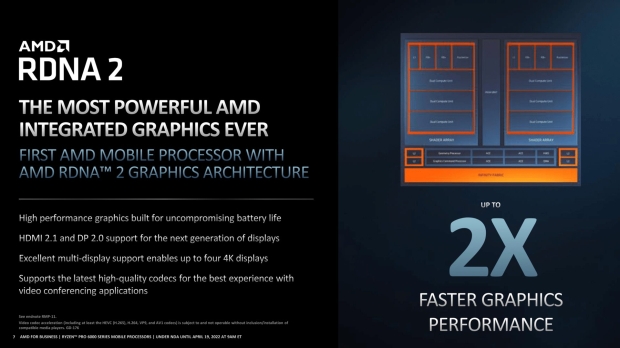 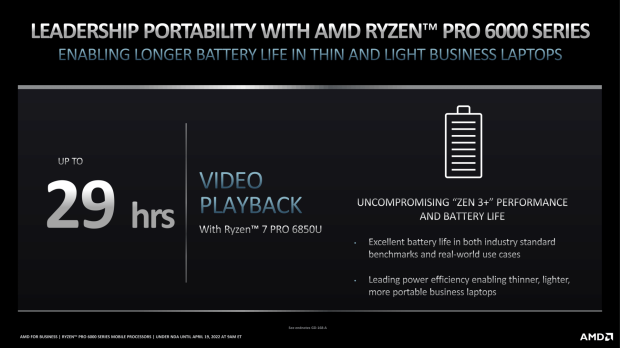 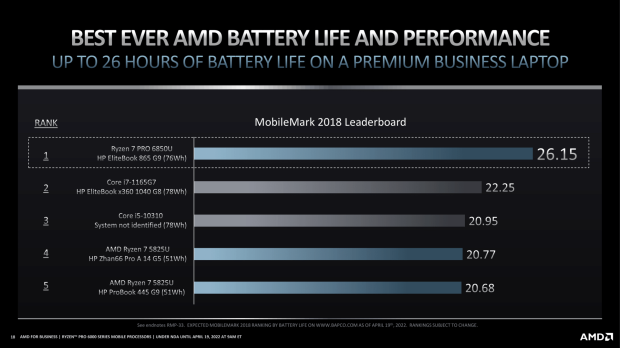 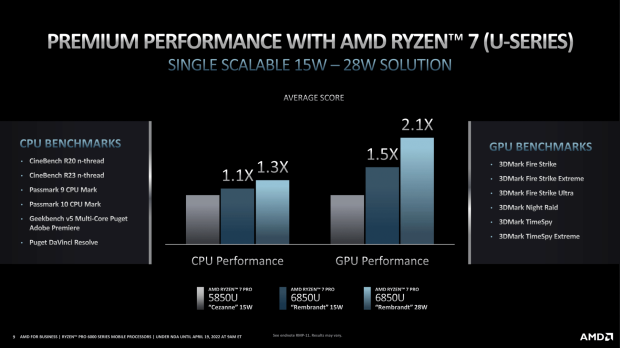 For battery life, you've got up to 29 hours of video playback (AMD's own claims) with the Ryzen 7 PRO 6850U processor, which is a crazy amount of battery life. It's good to see AMD nailing the business and professional laptops with new CPUs that aren't chewing through power.