Millions of people have fled Ukraine after Russia began its invasion, and now some of those refugees are seeking asylum in the United States via Mexico's border. 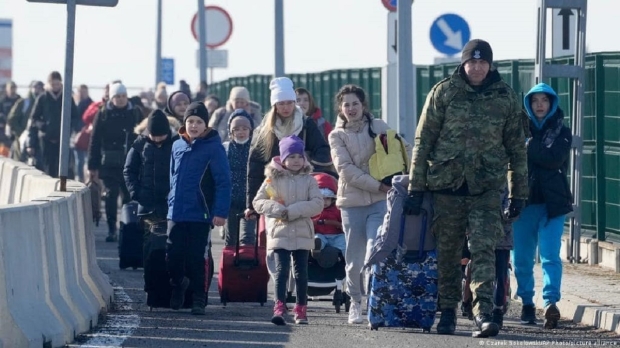 Russia began its invasion of Ukraine on February 24 and triggered what is now considered to be the largest displacement crisis since World War II, causing 4.4 million refugees to flee the country to neighboring European countries. Not all refugees went to neighboring countries to flee Putin's war, as CBS reports that US border officials have processed nearly 10,000 undocumented Ukrainian refugees who traveled to Mexico and then to the US.

More specifically, between the dates of February 1 and April 6, the US Customs and Border Protection (CBP) reported 9,926 Ukrainians that failed to have any legal documentation that is required to enter the US, according to unpublished CBS statistics. Notably, an individual close to the data told the publication that the Ukrainian refugees were attempting to cross the border through legitimate ports of entry and not illegally.

Furthermore, the CBP reported that between February 1 and April 6, the border reported 41,074 "legal entries" of Ukrainians that arrived with permission from the US government to enter via Visas.