After an iPhone was previously fitted with a USB-C port, it is the second Android and iPhone Frankenstein project.

Engineer Ken Pillonel undertook both that project and this latest project. Pillonel spoke with Engagdet to say that the project was technically challenging, as his goal was to enable data transfer through the Lightning port, not to have only power delivery for charging.

Another hurdle for the project is that Lightning cables sold by Apple check to ensure the device they're connected to is another Apple device before charging. Therefore, Pillonel had to make the cable register that it was connected to an Apple device instead of his Android phone.

Pillonel has uploaded a teaser video with snippets of the working, finished product, and some of the steps taken along the way and will be uploading a longer-form video detailing the process shortly. Other potential projects he has been challenged to attempt include replacing the phone's 3.5mm jack with another USB-C port or getting micro-USB, USB-C, and Lightning ports to fit into a single phone. 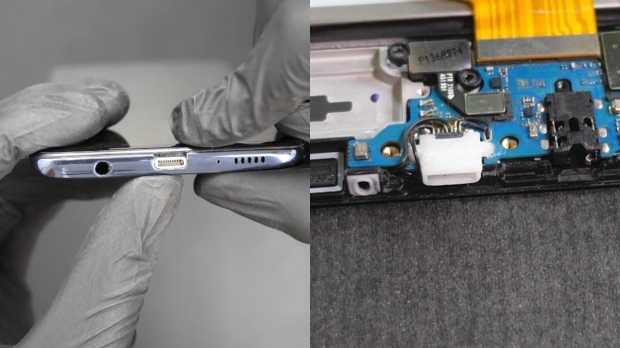