The United States has fired back at Russia after the Kremlin alleged that the US was conducting military biological activities within Ukraine. 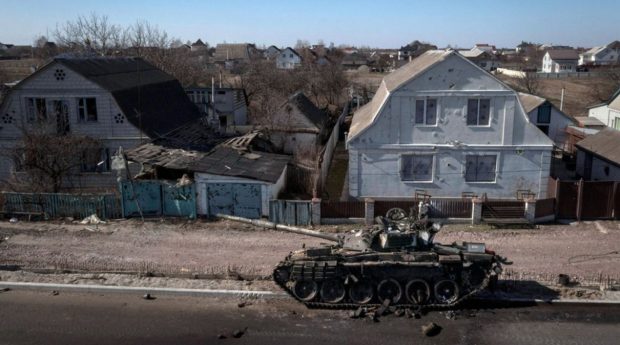 Russia recently made the allegations against the US, which has been adamantly denied by the Biden administration and now Olivia Dalton, spokesperson for the US Mission to the United Nations who said, "This is exactly the kind of false flag effort we have warned Russia might initiate to justify a biological or chemical weapons attack." Adding, "We're not going to let Russia gaslight the world or use the UN Security Council as a venue for promoting their disinformation."

Russian Foreign Ministry spokeswoman Maria Zakharova accused the United States, without showing evidence, of supporting biological labs run by Ukraine. In response to these allegations, the White House press secretary, Jen Psaki, labeled the statements as "disinformation", describing them as "preposterous," and warned that Russia is attempting to create a false narrative and may use chemical weapons themselves.

"It's Russia that has a long and well-documented track record of using chemical weapons, including in attempted assassinations and poisoning of Putin's political enemies like Alexei Navalny," Ms. Psaki said. Adding, "We should all be on the lookout for Russia to possibly use chemical or biological weapons in Ukraine, or to create a false flag operation using them."