The US and UK governments are jointly concerned about the possibility of Russia deploying chemical and biological weapons in Ukraine.

Recently the US took aim at Russia and China over spreading false "conspiracy theories" about the United States operating biological and chemical weapons laboratories near the border of Ukraine and Russia. According to White House press secretary Jen Psaki, these claims are "preposterous" and categorized as a part of a "disinformation operation" by the Kremlin.

"It's Russia that has a long and well-documented track record of using chemical weapons, including in attempted assassinations and poisoning of Putin's political enemies like Alexei Navalny," Ms. Psaki said. Adding, "We should all be on the lookout for Russia to possibly use chemical or biological weapons in Ukraine, or to create a false flag operation using them."

Additionally, Russia has accused Ukraine of preparing to use biological and chemical weaponry, which has sparked a response from Ukrainian President Volodymyr Zelenskiy, who said, "This makes me really worried, because we've been repeatedly convinced: if you want to know Russia's plans, look at what Russia accuses others of."

When asked if the use of chemical or biological weapons will cause a deployment of US troops to the region, Ms. Psaki said, "We don't have any intention to do that." 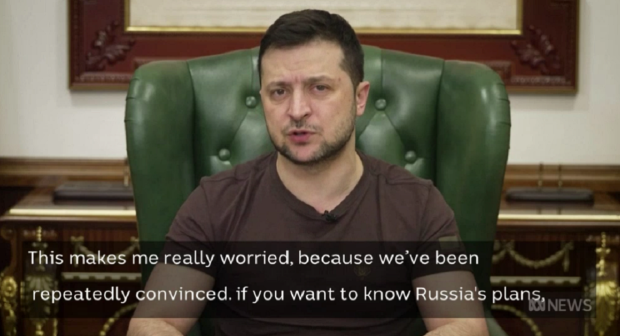