The United States recently implemented new sanctions on Russia after the nation began its invasion into Ukraine.

These sanctions were designed to "degrade their aerospace industry, including their space program," according to US President Joe Biden, and were interpreted by the head of Russia's space program Dmitry Rogozin as an effort to "destroy cooperation on the ISS", and even resulted in Rogozin subtly threatening to crash the ISS into the US.

"If you block cooperation with us, who will save the ISS from uncontrolled deorbiting and falling into the United States or Europe? There is also the option of dropping a 500-ton structure to India and China. Do you want to threaten them with such a prospect? The ISS does not fly over Russia, so all the risks are yours. Are you ready for them?", wrote Rogozin.

Read more: NASA responds to Russia's threat of crashing the ISS into the US

In response to Rogozin's tweets, SpaceX founder and CEO Elon Musk responded by simply posting an image of the SpaceX logo, which is a clear nod towards SpaceX's Dragon spacecraft that is currently docked at the station and ready to shoulder the responsibility. 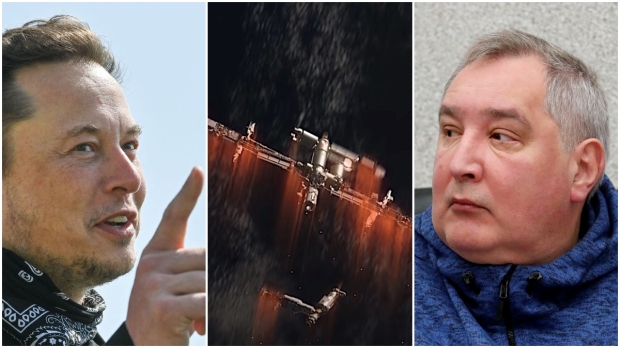