The leader of Russia's equivalent to NASA has taken to Twitter to remind NASA that Russia could let the International Space Station (ISS) crash into Earth. 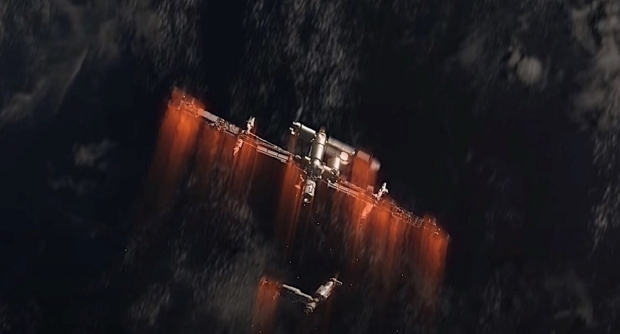 Dmitry Rogozin recently took to Twitter to voice his opinion of the recent sanctions imposed on Russia by the US in response to the nation's invasion of Ukraine. Rogozin voiced his disdain for the newly implemented sanctions that US President Joe Biden said were designed to "degrade their aerospace industry, including their space program," as they put restraints on Russian high-tech exports.

Rogozin asked NASA on Twitter if it was attempting to "destroy cooperation on the ISS?", while also reminding the space agency that a docked Russian cargo spacecraft is used to keep the ISS at a safe altitude.

Read more: NASA comments on US astronauts working with Russian cosmonauts on ISS

"If you block cooperation with us, then who is going to save the ISS from an uncontrolled descent from orbit and then falling onto the territory of the United States or Europe?. There is also a scenario where the 500-ton structure falls on India or China. Do you want to threaten them with this prospect? The ISS doesn't fly over Russia, so all the risks are yours," wrote Rogozin.

NASA responded to the Twitter storm by Russia's space agency leader, saying that it's continuing to work with all of its partners to maintain the research developments being made aboard the ISS and safe operations for the astronauts aboard the station.

"The new export control measures will continue to allow U.S.-Russia civil space operations. No changes are planned to the agency's support for ongoing in-orbit and ground-station operations," said NASA in a statement.