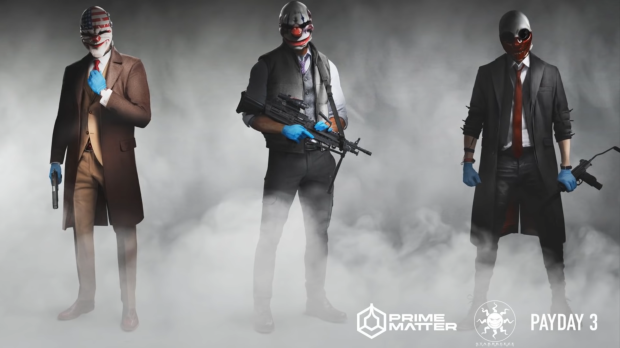 Payday 3 is in full production and is still on track for its planned 2023 release. Parent company Starbreeze says the game's developer, Overkill, is currently making good progress with Payday 3. The sequel features a mix of modern-day trends like cryptocurrencies and hacking alongside mainstays like gunpoint robberies and original heisters (Dallas, Hoxton, Chains and Wolf) making a comeback.

"The development of PAYDAY 3 is proceeding according to plan and it's wonderful to see the game, now in full production, developing week by week," Starbreeze CEO Tobias Sjogren said in a Q4 earnings report.

"Overall, we are continuing to see a growing community for PAYDAY 2, while the development of PAYDAY 3 is on track."

10 years after its release, Payday 2 is still going strong and will help generate revenues while Payday 3 is being worked on. The company says Payday 2 had an average of 788,000 MAUs throughout 2021 and the franchise generated $12.6 million throughout the year.

Beleaguered by debt, Starbreeze has signed a multi-year deal with Koch Media to publish and distribute Payday 3.