Take-Two expects this year to deliver its third consecutive year of earnings in excess of $3 billion. 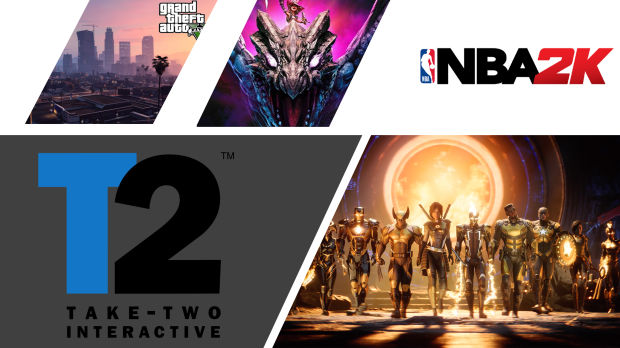 FY23 will be another year of impressive for Take-Two Interactive. While exact forecasts haven't been outlined yet, the publisher is confident it will make $3 billion+ in net bookings driven by a number of new games including Grand Theft Auto V Expanded & Enhanced, NBA 2K23, Tiny Tina's Wonderlands, and Midnight Suns (although these games won't release in the FY23 timeline, which is from April 2022 - March 2023, a portion of these games' revenues will be deferred and carried over to the next fiscal year).

Thanks to these games and the ongoing earnings from services like GTA Online and Red Dead Online, Fiscal Year 2023 would mark Take-Two's third consecutive year of earning over $3 billion in net bookings, an operating metric that includes microtransactions, full game sales (digital and physical), and earnings from live service games sold during a specific period. 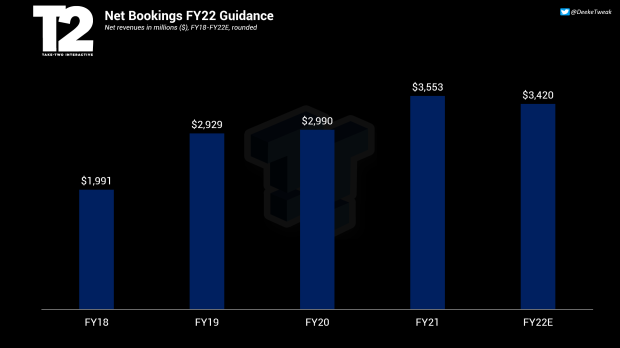 "What I can tell you that on a stand-alone basis, we do continue to believe that we will achieve sequential net bookings growth in fiscal year 2023, driven by some of the exciting releases that our labels have been working on."

This isn't to be confused with FY24, which is when many major analysts (and myself) believe GTA 6 will be released.

Take-Two implies a record-breaking $9 billion in net bookings by FY24. That's a 300% increase. There's two parts to this forecast: Zynga, which will bring its own billion-dollar books over, and Take-Two's lineup of games.

As analysts say, there's really only one franchise that can bring those kinds of numbers.

"Looking ahead, we have many exciting projects underway across all of our labels, and we plan to make continued investments next year to prepare for some of our major launches,"Take-Two said in the call.