A billion-year-old black rock that was expected to be purchased for millions was bought at an online auction on Wednesday.

The black rock is a 555.5-carat black diamond called "The Enigma," and it was recently sold at an online auction held by Sotheby's on Wednesday for $4,292,322. Sotheby's decided to keep the buyer anonymous, but disclosed that the purchase of the extremely expensive black diamond was made in cryptocurrency. After the auction, cryptocurrency entrepreneur Richard Heart claimed on Twitter that he was the individual who purchased the ancient black diamond, saying that it would be renamed to the "HEX.com diamond".

The Guinness World Records declared The Enigma the world's largest cut diamond, and it's even larger than the Golden Jubilee that's 545.67 carats. So, what makes it so expensive? The Enigma is a carbonate, the toughest type of diamond when it comes to hardness, and extremely rare as they are believed to have originated from space due to them containing a mineral called osbornite that is only found in meteors.

Sotheby's described The Enigma as "one of the rarest, billion-year-old wonders known to humankind" that is possibly of "extraterrestrial origins." 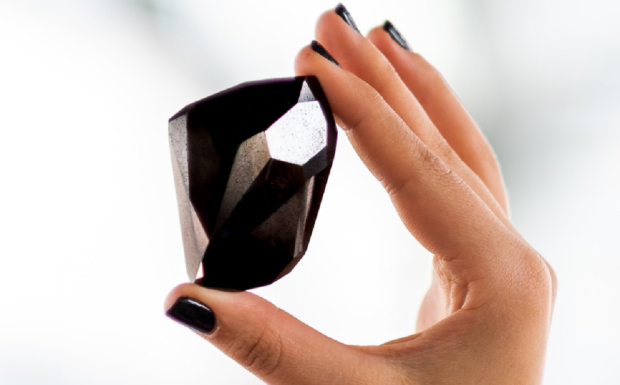