No Man's Sky is coming to Nintendo Switch...and Hello Games still doesn't believe it was possible. 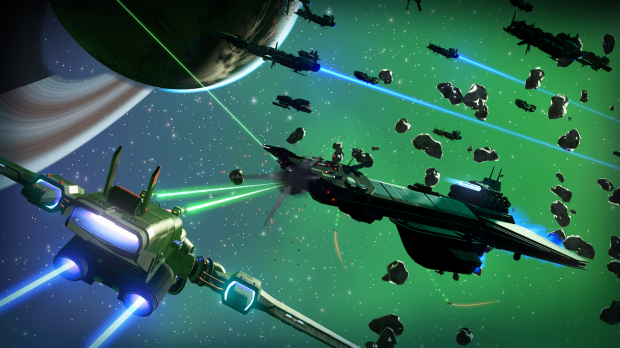 Yesterday's Nintendo Direct was absolutely bursting with news, and one of the biggest games on the market is coming to the small Switch handheld. No Man's Sky, one of gaming's biggest comeback stories, is launching over to the Switch in Summer 2022. Releasing on the Switch will give Hello Games a nice sales boost--the platform has sold over 100 million units to date.

According to Hello Games, the Switch version has been in development for several years and it was a tough process. The studio said getting No Man's Sky to run on the lower-end Tegra X1 hardware was a "moonshot."

"No Man's Sky is built around procedural generation, which means the console generates everything you see. This makes it so much harder to bring our game to something like the Switch," Hello Games' Sean Murray said.

"There have been so many times where we've gone home one day convinced it was impossible, only to have someone stride in the next day with a unique technical solution. Honestly I think this team never seems happier than when they are trying to do near-impossible things."

The Switch version will have all previously released expansions available day one.

"The Nintendo Switch release is just one of many exciting developments we have in store for the community in 2022 and we can't wait to show you what we've been working on in the VERY near future," Murray said.