AMD has teased some rather big performance improvements with its upcoming RSR technology, with an awesome sneak peak inside of its new AMD Software: Adrenalin Edition. In the new video (above) the company teases up to 70% performance gains using Radeon Super Resolution technology, upscaling the native 1440p resolution to 4K.

In Warframe, we're looking at up to 55% more performance -- 222FPS with native 4K and RSR off, while 346FPS with native 4K and RSR on -- impressive stuff. Although, you wouldn't tell the difference between 222FPS and 346FPS. AMD's new RSR is built on the foundations of FSR (FidelityFX Super Resolution) but with driver-level support, meaning game developers don't need to spend oodles of time getting AMD's new tech into their game engine pipelines. 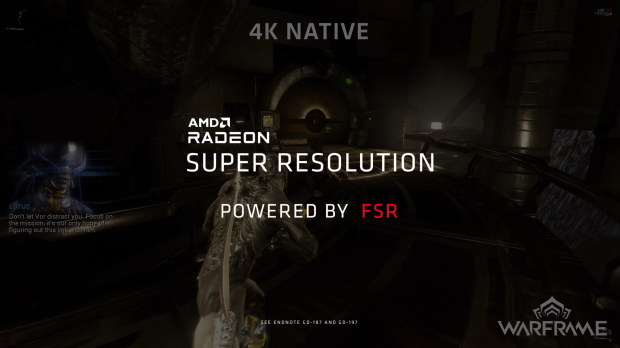 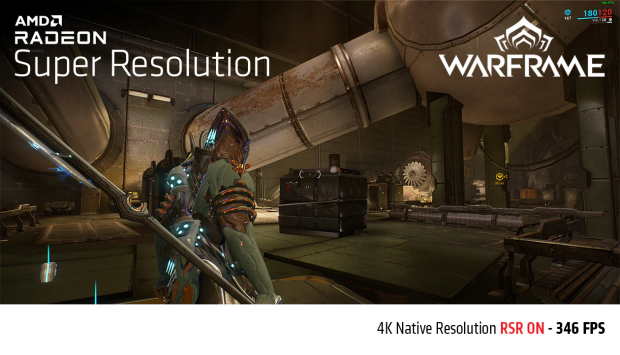 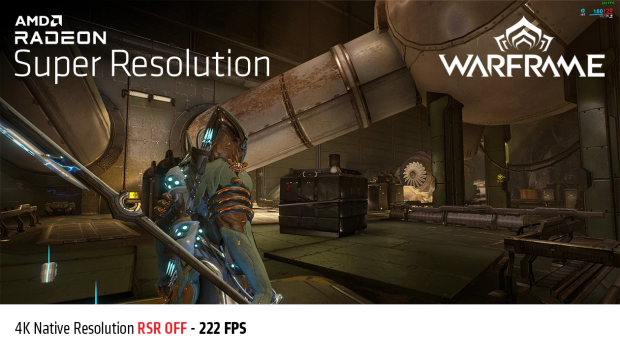