I don't know about you, but I'd have some issues with an alien being in my room... I've listened to enough Blink-182 that I know they exist. But in Northern Ireland, they're dealing with not just the ongoing pandemic but a huge uptick in UFO sightings. 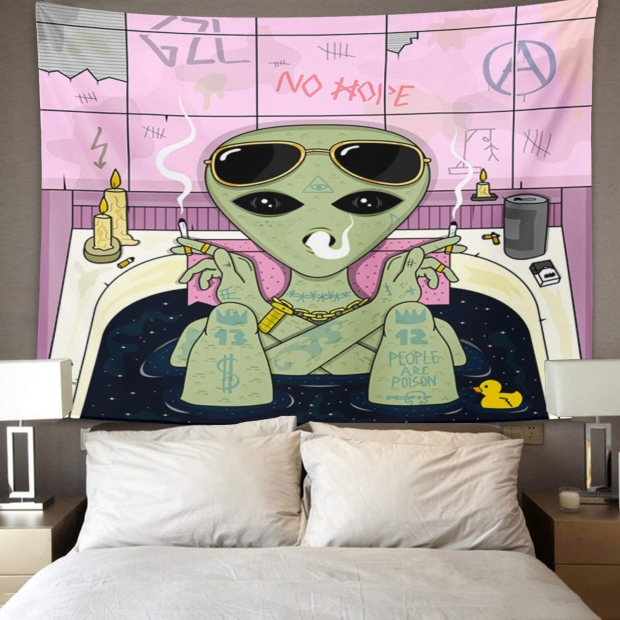 Northern Ireland's police department has been dealing with 8 separate "weird" UFO sightings in the last year alone, a 30% increase over the 6 sightings of UFOs in 2020 and double the 4 reports of UFO sightings in 2019. A few months ago, Northern Ireland police were called to a locals house about "aliens in bedroom" but no further reporting happened locally, or internationally.

But it gets more interesting: the police department actually detailed a Northern Ireland local who claimed they were abducted by aliens. Another incident had police checking out "strange images" on CCTV footage of a house in the Newtownabbey area, while another sighting of a "dome-shaped" object with 8 bright lights spotted in the Saintfield area.

Nick Pope, who used to investigate reports of UFO sightings for the Ministry of Defence (MoD) said: "It's difficult to say what lies behind the small increase in sightings. Covid-19 and lockdowns may have played a role, with people having more time on their hands during the pandemic, and perhaps spotting things that previously may have gone unnoticed".

"Another possibility is that people are following the situation in the United States, where Congress is taking the issue seriously and the Pentagon has launched a new UFO initiative. This may make people more likely to report something unusual that they've seen because it sends the message that the authorities take the matter seriously".

"Sadly, the numbers are still fairly low, and I suspect there's chronic underreporting, perhaps because of the perceived stigma. That's possibly a consequence of the Ministry of Defence's decision to stop investigating UFOs at the end of 2009. If the MoD restart investigations and ask the public to report anything unusual, I'm sure they'll receive lots of reports".