I think at this point a UFO could land on the White House lawn, Joe Biden could come out and say "Come on, man" and offer the aliens some ice cream and we wouldn't be surprised. 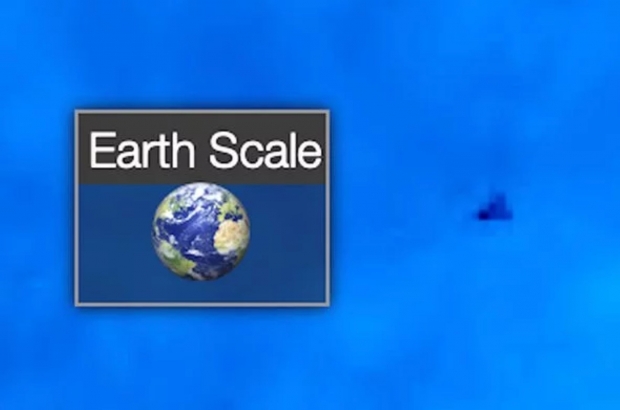 UFO hunter Scott C Waring who operates blog site UFO Sightings Daily, shared images and videos of what he proclaims to be alien spacecraft (UFOs or UAPs) hanging out around the sun. The "black triangle" spacecraft he saw, was picked up on the Helioviewer website.

Waring says that the black triangle UFO is around 1/5 the size of our planet, which would make it unfathomably freaking large, and has some form of next-gen heat-resistant material (duh: if it's next to the SUN, then it would have to be pretty heat resistant).

Helioviewer takes photos of the sun and combines them, giving us a detailed look at our star. The satellites used for this imagery include NASA's own Solar Dynamics Observatory (SDO) and the European PROBA-2 satellite -- and more. Waring has been using the Helioviewer website for years, when he noticed the black triangle UFO. 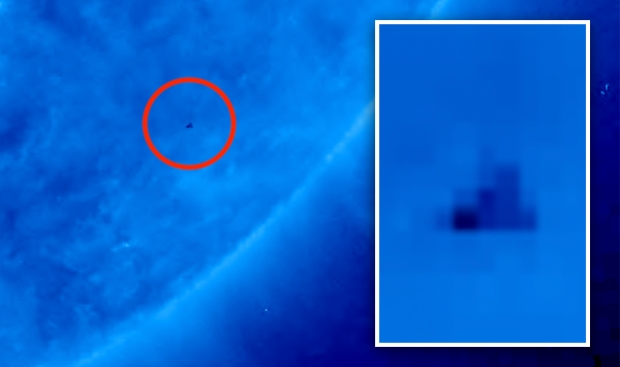 The super-pixelated black blotches are a triangle-shaped UFO according to Waring, who saw the UFO near the sun around 5 years ago, but reported 2 years ago and nothing has happened since. The black triangle UFO has been boosting around the sun, playing hide and seek with Waring.

Waring explained: "Since then... I have been watching it, asking about it in emails to astronomical organisations worldwide, yet have never once received a response".