Inside of Samsung's new product catalog we now find that the South Korean giant is sampling 16Gb (2GB) memory modules based on GDDR6 technology with a bandwidth of 20Gbps (K4ZAF325BC-SC20) and 24Gbps (K4ZAF325BC-SC24) to its partners.

The refreshed GeForce RTX 3090 Ti is meant to have the same 24GB of GDDR6X, but at a much faster 21Gbps -- the same 21Gbps that the double-sided GDDR6X on the RTX 3090 can do with an easy OC. But remember, that's GDDR6X -- the X is a big difference as Micron makes it, and it costs more than GDDR6.

AMD currently uses mostly Samsung GDDR6 modules clocked at 16Gbps on its Radeon RX 6800 and Radeon RX 6900 series GPUs, on a smaller 256-bit memory bus. The saving grace of AMD's current-gen RDNA 2-based graphics card is its 128MB of Infinity Cache, but with much faster 24Gbps (up from 16Gbps) GDDR6 memory on the new RDNA 3-based Radeon RX 7000 series GPUs? Yes, please. 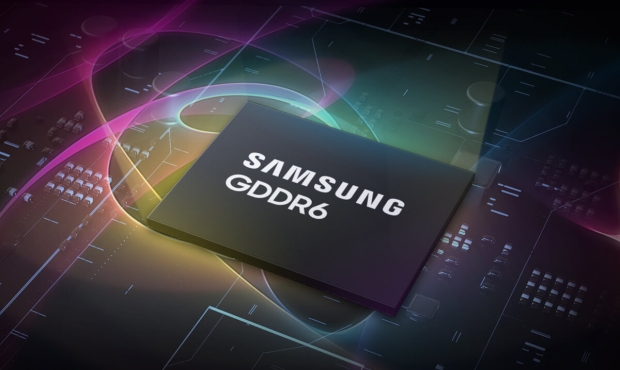 Inside of Samsung's new product catalog we now find that the South Korean giant are sampling 16Gb (2GB) memory modules based on GDDR6 technology with a bandwidth of 20Gbps (K4ZAF325BC-SC20) and 24Gbps (K4ZAF325BC-SC24) to its partners. It will be interesting to see if AMD uses Samsung's faster GDDR6 memory at 20Gbps on its mid-range RDNA 3 cards, as I'm sure we'll see the GDDR6 at 24Gbps on the flagship RX 7000 series GPUs.

NVIDIA will most likely beat AMD to the punch with super-boosted VRAM on new GPUs, with Team Green rumored to unveil the new GeForce RTX 3090 Ti during CES 2022. We will be waiting at least 6-9 months before we see the fruits of Samsung's new GDDR6 @ 24Gbps labor with AMD's next-gen RDNA 3-based Radeon RX 7000 series GPUs in 2H 2022.