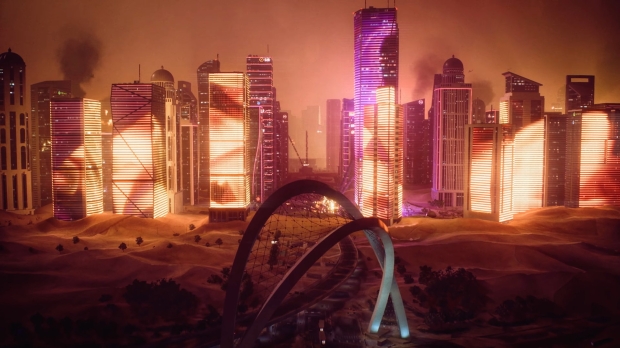 Battlefield 2042 has proven to be a contentious turning point for DICE. The game has released to middling reviews and has been blasted by the community for its myriad of issues, leading to two big patches from DICE. Now publisher EA and DICE are making big transitions for the future of the franchise which has led to a changing of the guard.

The changes see Respawn boss Vince Zampella taking over the franchise and multi-year veterans like DICE general manager Oskar Gabrielson leaving to make room for a new GM, Other departures include Aleksander Grondal, who has spent 14 years at DICE producing games like Battlefield 3, Battlefield 4, and serving as executive producer on Battlefield 2042.

Read Also: Titanfall 3 teased by Respawn: 'The universe will continue'

Grondal posted a farewell message on Twitter saying that he is embarking on a new adventure, but details are slim:

More than 14 years have passed since left Norway for Stockholm and DICE. As a young game developer I was keen on a new adventure, and there was Battlefield games that needed to be made!

But the journey would be nothing without great company. And DICE has the best companions one could ask for. Together we have achieved the impossible, over and over. This place has been for me more than a workplace, it has been part of who I am.

But as with with all adventures, eventually they have to come to an end, and thus I have decided I will be leaving DICE and Battlefield. New adventures are beckoning and as one chapter ends another one begins. Massive thank you to the players and coworkers. I will miss you :)

While this doesn't paint a bad picture of DICE, like, say, the mass departures from BioWare, it does highlight a new era for the franchise and the studio itself.