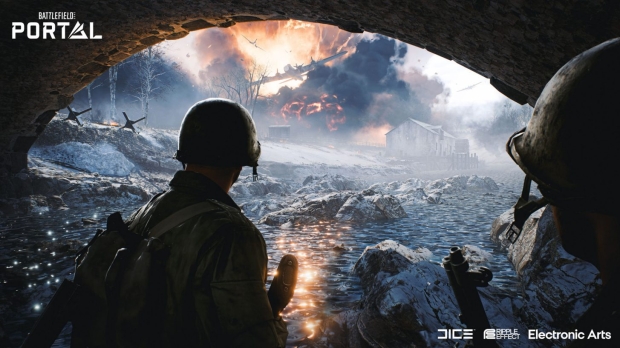 Big things are happening with the Battlefield universe. EA announced that Respawn Entertainment head Vince Zampella has taken over the Battlefield series and will guide the IP into the future with a multitude of new games.

"A few weeks ago I mentioned that I joined EA , and now it's awesome to finally talk about what I'm doing at EA. Battlefield has long been one of my favorite franchises and I'm super excited to be part of a large and growing team of talented developers and studios!"

Battlefield's principal development will be still helmed by DICE and Respawn will continue their projects--Apex Legends, new Star Wars games, and possibly Titanfall 3.

DICE is also shaking up too. Oskar Gabrielson, who has led DICE for a decade, is now stepping down to pursue "new adventures." Gabrielson will stay on until the end of the year to help DICE's new general manager Rebecka Coutaz take the reins.

It's a bit surreal that Halo, Call of Duty, and Medal of Honor developers are now working on Battlefield...but that's the nature of the games industry.

Following the huge success of Apex Legends ($1.6 billion in 2+ years) and Jedi: Fallen Order, EA seems to think Zampella has the Midas touch. Zampella has quickly risen to become one of EA's most prolific creators, having most recently affected the development of Battlefield Portal at the newly-minted Ripple Effect studio (previous DICE L.A.). Zampella is also involved with the new Jedi: Fallen Order 2 sequel.

"I believe the structure, process, and vision he brings will enable Battlefield to excel like never before. No one knows shooters and live services better than Vince," EA Chief Operating Officer Laura Miele said.

I just have one question...how soon until wall-running makes it in?