A NASA and European Space Agency (ESA) space telescope has captured a new image of a star-forming hundreds of light-years away from Earth. 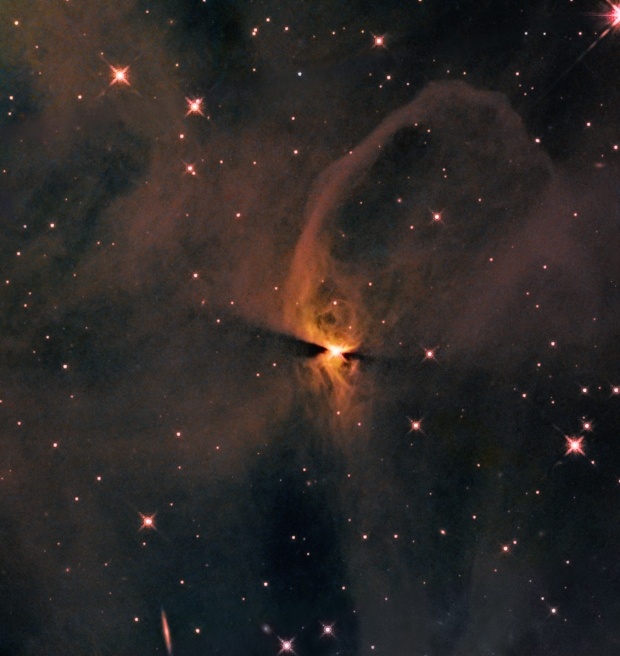 The Hubble Space Telescope has zoomed in on a star being born in the reflection nebula IC 2631, which is a part of the Chamaeleon star-forming region in the southern constellation Chamaeleon. A new NASA blog post details the protostar and explains that stars are born from an accumulation of gas and dust. Clouds of gas and dust collapse under their own gravitation attraction, creating a dense, hot core that then gathers more dust and gas.

The gas and dust that is left over after the core of the star is formed can eventually become planets, asteroids, comets, or just remain as dust. As with most protostars, they are best observed in infrared light as they are known to emit a lot of heat energy. Additionally, observers using the visible light wavelength will have trouble locating a protostar as the star is obscured by large amounts of dust. If you are interested in reading more about this story, check out this link here. 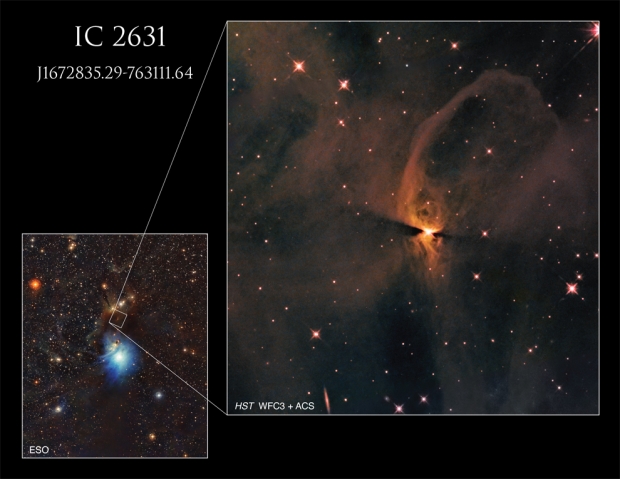