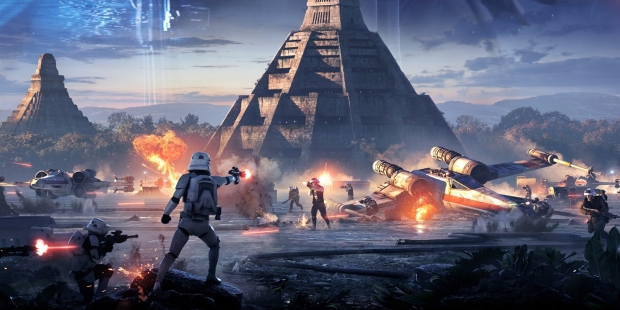 At one point most of EA's studios were working on a Star Wars project (except for BioWare, who was knee-deep in Mass Effect Andromeda). DICE wanted to fill the gaps with Battlefront 3 and pitched the project to EA. According to reporter Tom Henderson, EA said no. There's a lot of reasons for this. Disney is apparently charging high licensing fees for EA (Disney collects royalties on all revenues and game sales for licensed Star Wars products), Jedi: Fallen Order's massive success changed how EA sees singleplayer games, upkeeping live games is tough, and making Star Wars games is very hard. Plus EA wants to reserve DICE for Battlefield 2042 and the future of the Battlefield games-as-a-platform service.

So what is EA working on? We know Respawn is making Jedi: Fallen Order 2, which is likely to release in 2023 or thereabouts. EA has also said that it's making multiple new Star Wars games but no announcements have been made.

Check below for a chronicled timeline of coverage to get a better idea of what EA is up to: