These new images from Hubble are part of the yearly maps of the planets in their entirety taken as part of the Outer Planets Atmospheres Legacy (OPAL) program, which provides annual global views of the outer planets to observe changes in their storms, winds, and clouds. 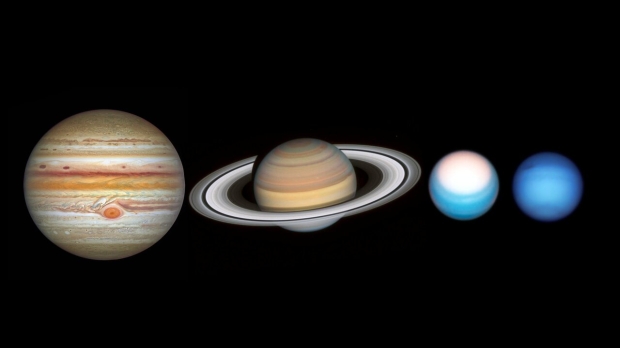 While planets closer to the Sun are more rocky and solid, reaching out into the solar system thirty times further than the distance between the Earth and the Sun are the gas giants Jupiter, Saturn, Uranus, and Neptune. The composition of these planets is predominantly a cold mix of hydrogen, helium, ammonia, methane, and other trace gases formed around a dense, hot core.

Over the past fifty years, robotic spacecraft have captured snapshots of these planets. However, part of the Hubble Space Telescope's role in surveying our universe is to revisit these planets each year, imaging their surfaces to note the changes year to year. 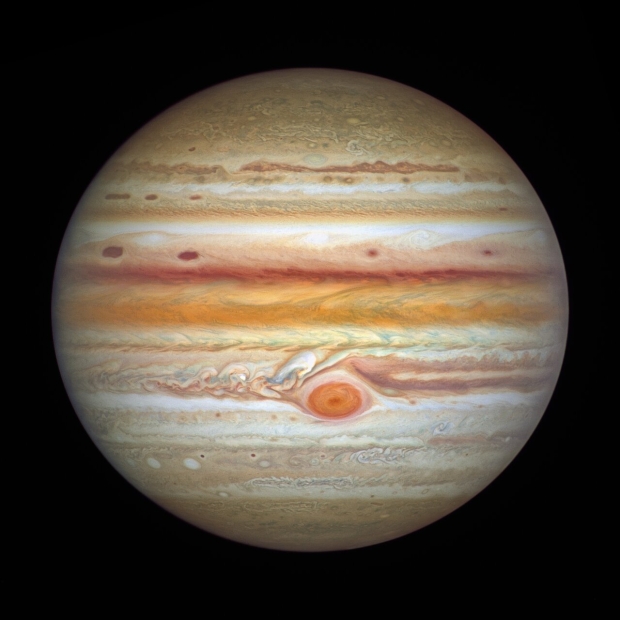 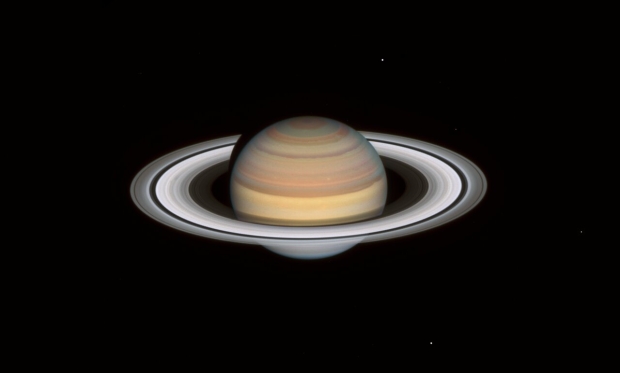 Saturn, captured on September 12th, 2021. Bands around the planet's northern hemisphere have also changed color, differing from the 2019 and 2020 observations. 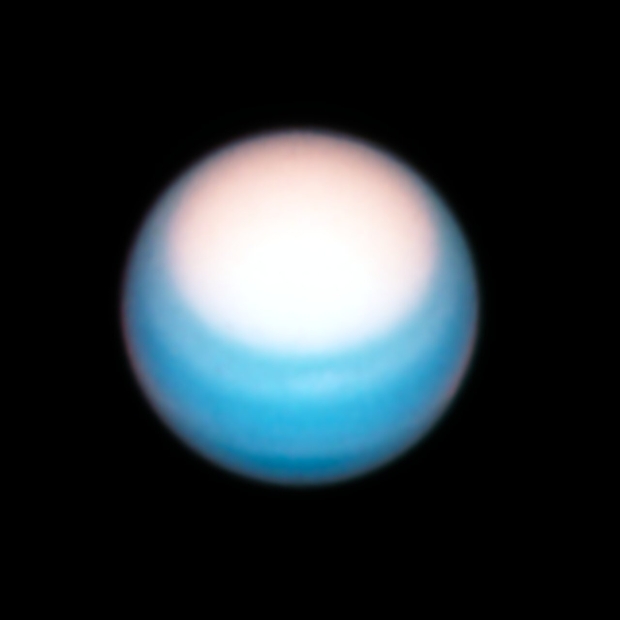 Uranus, captured on October 25th. 2021. Researchers speculate an increase in ultraviolet radiation is causing the atmosphere around the north pole to brighten. 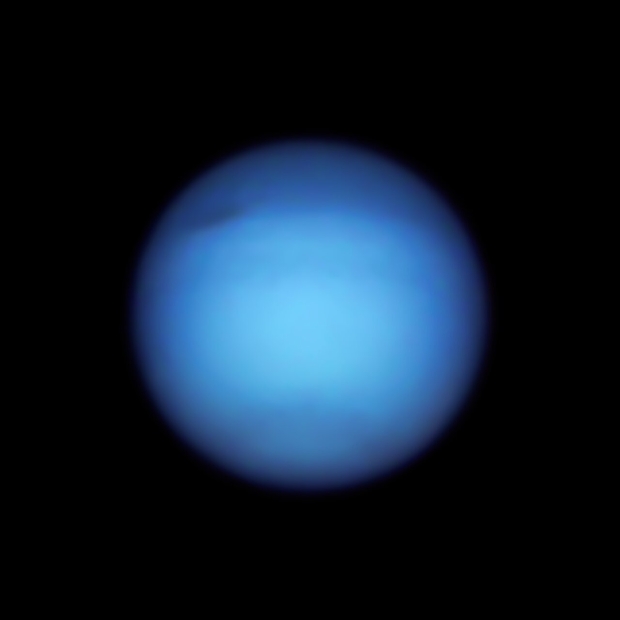 Neptune, captured on September 7th, 2021. Still present is a large dark spot near the northern hemisphere and a darker band encircling the planet's surface in the southern hemisphere.

More images and insight from Hubble's prior expeditions to the gas giants are viewable on the Hubble website.