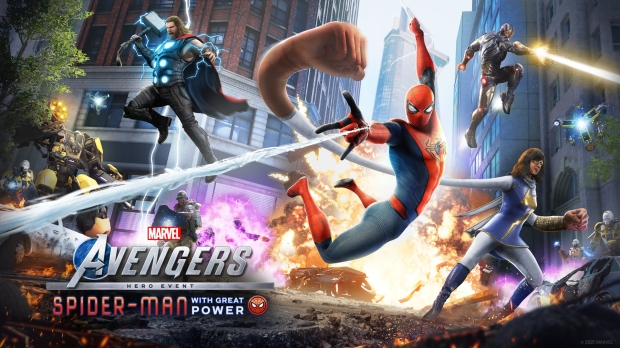 Crystal Dynamics and Sony have announced Spider-Man is finally coming to the new Avengers video game on November 30, 2021. Thanks to a brand marketing deal, the webslinger is exclusive to PlayStation 4 and PlayStation 5 consoles and won't be available to PC or Xbox owners (these users are not happy about it, either).

No info on what to expect from the free Spider-Man DLC has been released. We know Spidey is part of a hero event and can be accessed right away in the Avengers Initiative mission series. We don't know anything about Spider-Man's abilities, his combat mechanics, or the variety in his suits...but expect to see a bunch of these lifted straight from multiple comic series' and sold as paid skins.

Hopefully this will lift the overall engagement within the Avengers game. Square Enix recently called the game disappointing, likely because it didn't monetize as well as the company had hoped, and the playerbase has fallen off dramatically. Spider-Man's arrival should boost player counts on PlayStation hardware but the question remains--how long will it last?