NASA has published a photograph of a nebula taken by its now-retired Spitzer Space Telescope, and the image resembles a space "monster".

NASA's Jet Propulsion Laboratory has published the image, and it states in a new article on its website that the colorful image seen above is of nebula located within the constellation Sagittarius about 7,800 light-years from Earth. Using Spitzer's GLIMPSE Survey, Caltech astronomer Robert Hurt processed the image and noticed the resemblance to Godzilla within the image.

"I wasn't looking for monsters. I just happened to glance at a region of sky that I've browsed many times before, but I'd never zoomed in on. Sometimes if you just crop an area differently, it brings out something that you didn't see before. It was the eyes and mouth that roared 'Godzilla' to me," said Hurt. NASA's JPL states in its article that much like on Earth, when we observe a cloud of gas our imaginations proceed to run wild by creating images and shapes, and the very same happens out in space when observing a cloud of gas and dust. 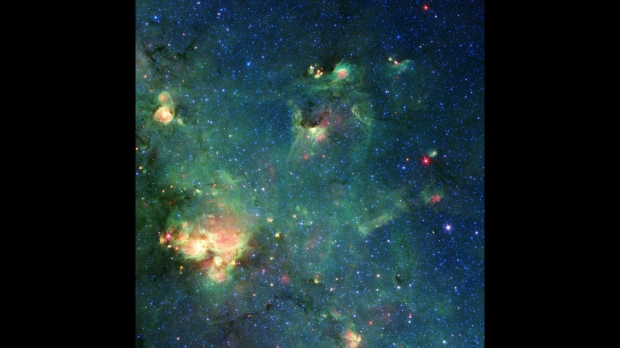 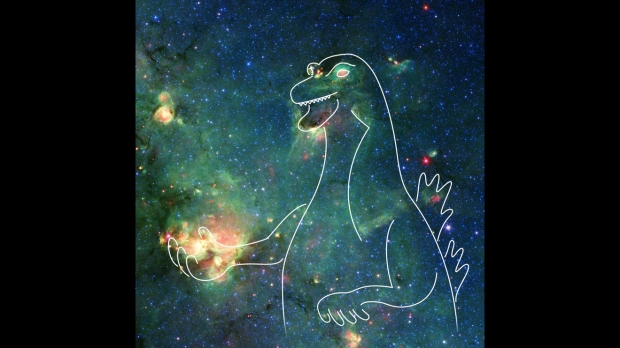 If you are interested in learning more about this nebula, check out this link here.