Today Rockstar opened up pre-orders for the Grand Theft Auto: The Trilogy - The Definitive Edition remaster collection in both digital and physical formats. A new PS Store listing confirms the PlayStation 5 version of the remastered bundle won't cost $69.99 as previously believed, and will instead be priced at the normal MSRP of $59.99.

The Xbox store also lists the trilogy for $59.99 and notes the game is optimized for Xbox Series X/S. Rockstar has confirmed GTA III, Vice City, and San Andreas can all hit 4K 60FPS on PS5 and Xbox Series X systems with HDR support thrown in. 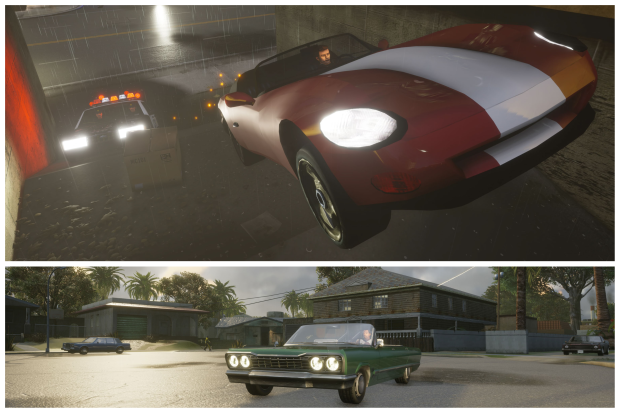 Grand Theft Auto: The Trilogy - The Definitive Edition will release first digitally on November 11, 2021 on PC, PS5 and Xbox Series X, PS4, Xbox One, and Nintendo Switch. A physical boxed version will be sold in retail stores on December 7.

Updated Player Experience making it easier than ever to play these classic games, including:

Enhanced Visuals, with improved graphics and fidelity across all three games, including:

Plus Platform-Specific Features, including: