Microsoft is bringing new fan-requested features to the Xbox Series X, including a 4K UHD resolution dashboard UI and more. 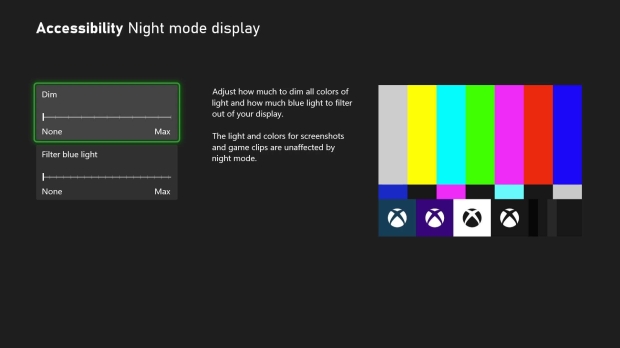 Ever-focused on continually evolving and adding to the Xbox ecosystem, Microsoft rolled out a new update for the Xbox Series X that makes some big changes to onscreen visuals. We're not talking about gaming, but the UI used for navigation, which is now rendered in native 3840 x 2160p. The old UI used to be 1080p upscaled to 4K, which resulted in lots of jaggies and fuzzy edges--a minor gripe considering major advantages like Quick Resume and cloud saves, but hey.

There's also a new night mode that softens the on-screen light and even reduces the light from the controller (a big deal because Xbox controllers run on batteries) and the console's button, which is a nice touch for anyone playing at night. There's even a blue light filter to help gamers with sensitive eyes...pretty important when your games service is keeping people glued to their TVs for hours on end.