Resident Evil 7 has sold-in over 10 million copies worldwide, Capcom today announced, making it one of the company's best-selling games of all time. 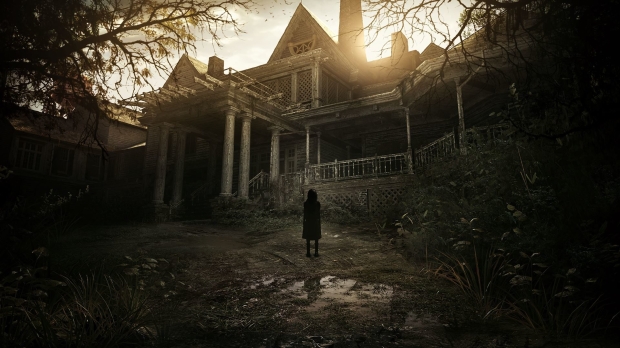 RE7 is doing exceptionally well for a four year-old game. The title has shipped over 10 million copies since 2017, making it the second best-selling Resident Evil game ever and the best-performing single-generation game in the franchise (RE7 is second only to RE5 which has sold-in a combined 10.2 million units across PS3 and PS4 eras).

Previous Q1 numbers had RE7's sales at 9.8 million, so a bit of math reveals the game has sold over 200,000 copies since June 30th to the present. Capcom should update its Platinum Titles sales list when it reveals its Q2'21 earnings figures. 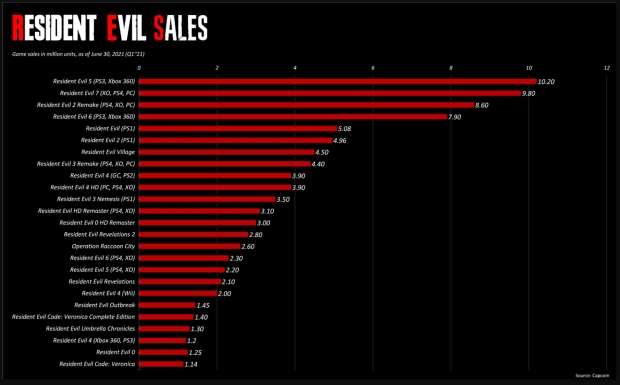 The entirety of Resident Evil is doing very well. In fact, Capcom sold over 7 million Resident Evil games through Q1'21. The bulk of these shipments were thanks to Resident Evil Village's launch success with 4.5 million sales, but other games including RE7 helped make up the other portions.

"Capcom worked on strategic pricing for the title through seasonal and event-driven discounts in order to strengthen demand among a wider range of game players."

Resident Evil Village will be getting new DLC in the coming months that expands the game and helps drive sales.