HTC Vive's next digital event is coming up on October 14, and it looks like the company has something special to reveal. Could it be an update to Project Proton?

The VR and XR markets are starting to heat up lately, with leaks and announcements coming left and right. Oculus is grabbing lots of attention lately as it leads up to the Facebook Connect conference, but HTC's event is coming first, and the company doesn't want you to forget about it.

Earlier this week, HTC Vive's Twitter account shared a crudely photoshopped image of a black cylindrical case sitting on a desk next to someone using a laptop. The post said only 10.14.21 vive.com #gowiththeflow.

It's impossible to know what Vive is talking about, but Jamie Feltham over at UploadVR has some interesting thoughts, and he also uncovered a trademark filing that gives some clues. Feltham noted that the trademark filing for VIVE FLOW mentions "augmented and mixed reality," which is probably a smoking gun hint.

Beyond the trademark filing, Feltham dove right into speculation territory and tried to connect these details to Project Proton, the glasses-esque micro OLED HMD that HTC showed off at CES last year. We're not so sure about that idea, but it's not impossible. Based on the image that HTC shared, I'm leaning towards a pair of Smartglasses, like Facebook's recently launched Ray-Ban Stories glasses. It's not worth worry about too much. We'll know the answer in two weeks. 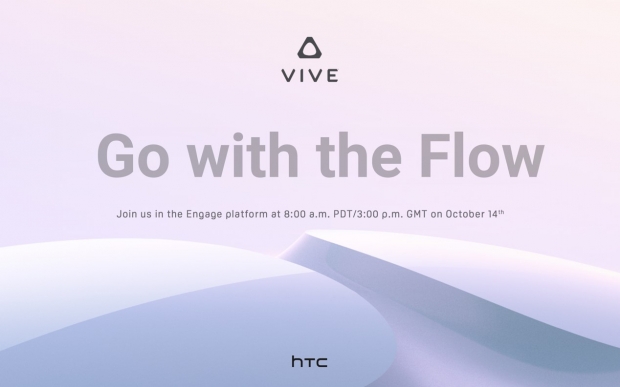