NASA has released a new image onto the Hubble Twitter account that showcases a spectacular cosmic view of our Milky Way galaxy.

NASA has taken to its official website to explain the absolutely incredible image that NASA's Hubble Space Telescope captured. The image above is of a globular cluster officially named ESO 520-21, but also goes by the name Palomar 6. A globular cluster is a densely packed collection of ancient stars, and as for Palomar 6, this globular cluster is located close to the center of the Milky Way.

Researchers used Hubble's Wide Field Camera 3 and Advanced Camera for Survey to take this phenomenal image. Looking at the image, you can see that some of the stars have a red hue bleeding out from the X shape that is being made. NASA explains as light travels back to Earth, interstellar absorption influences the wavelengths of light, which can change the colors of astronomical objects, making it difficult for researchers to determine the properties of those objects accurately. Astronomers have dubbed this process "reddening". 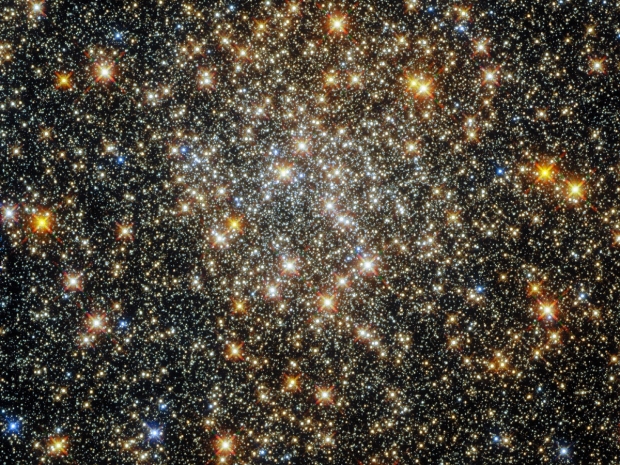