An exoplanet satellite hunter has stumbled across an unexpected exoplanet that is being described as not having an equivalent. 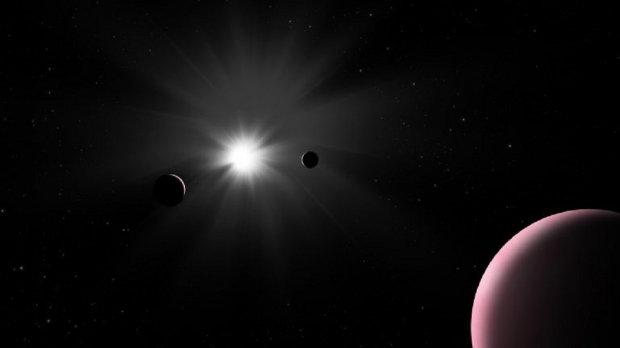 The exoplanet satellite hunter named the CHaracterising ExOPlanet Satellite (CHEOPS), a space telescope from the European Space Agency, which is designed to determine the size of extrasolar planets. The space telescope spotted the mysterious planet when it passed in front of its star, a common way researchers discover celestial objects.

The study has recently been published in the journal Nature Astronomy and details that the star Nu2 Lupi, which is located only 50 light-years from Earth. First author on the study, Laetitia Delrez, and a researcher at the University of Liege said, "Transiting systems such as Nu2 Lupi are of great importance in our understanding of how planets form and evolve, because we can compare several planets around the same bright star in detail."

Co-author on the paper, Mahmoudreza Oshagh, and a senior postdoctoral researcher at the IAC, said, "The amount of radiation from the star which falls onto planet d is quite small compared to many other known exoplanets. If it were in our own solar system Nu2 Lupi d would orbit between Mercury and Venus. Combined with its bright parent star, its long orbital period and its ideal situation for follow-up, this means that planet d is very exciting: it is an exceptional object, with no known equivalent, and it will certainly be a fundamental object for future studies."