Next month, NASA is expected to launch the telescope that is poised to replace the famous Hubble Space Telescope. 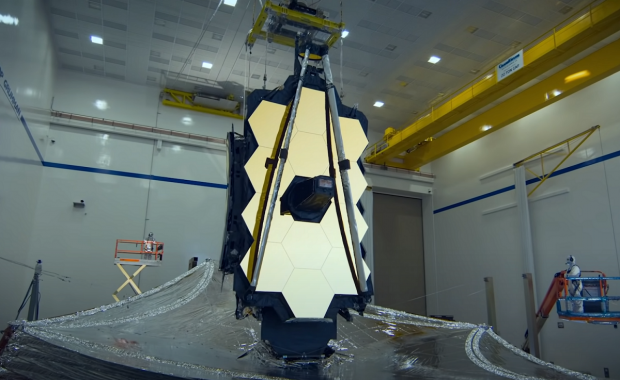 The new telescope is dubbed the James Webb Space Telescope (JWST), and due to its upgraded hardware, the telescope is expected to usher in a slew of new cosmic discoveries. The New Yorker described the JWST as a "potentially revolutionary instrument" as it will be able to see further into space than any other space telescope currently available, allowing astronomers to peer further back in time than ever before.

While being able to see the infancy of the universe has its own uses, it may not be the most exciting aspect of the telescope. David Helfland, an astronomer at Columbia University, spoke to The New Yorker and said that the JWST will be able to see "very far away" and "very close", and the latter of the two "in some ways may be the most exciting" because "it's about looking at planets that are not too different from Earth."

The JWST will not only be used to search for distant cosmic objects but also ones that are relatively close to Earth. Researchers will use the telescope to inspect planets for signs of life, such as oxygen being present in the atmosphere. However, that all depends on the launch being successful, and NASA has already warned that if you aren't "terrified" for the launch, you don't understand what the space agency is trying to do - more on that story here.