No Man's Sky has changed a lot in the last five years. This evolution is one of the games industry's most notorious comeback stories. At launch in 2016, No Man's Sky was underwhelming and kicked off lots of controversy for Hello Games due to missing features and unsupported claims. The team has redeemed themselves with a multitude of free content that's radically transformed the game.

After 16 content updates, No Man's Sky now has everything: multiplayer, base-building, mechs, exotic creatures that you can ride, huge freighters, and even fully-fledged VR on PS4 and PC. Even after five years of content, the team is still planning new ways to build out their sci-fantasy adventure. The next update is Frontiers, which is dropping sometime in 2021. Hello Games says they still have a lot of ideas they want to try in No Man's Sky:

"There is still a lot we want to try, so much we are still excited for. The next step on that journey is not far off. We'll have more to share on Frontiers with travelers very soon."

That being said, Hello Games is also working on their next game. The project isn't No Man's Sky 2, but it's incredibly ambitious and cyclopean in scope.

In 2020, Sean Murray described his next game as "a huge, ambitious game like No Man's Sky."

"We've got something else going on at the studio. It's exciting, and it's unfortunately going to be ambitious,"Murray said at a development meeting in Brighton. 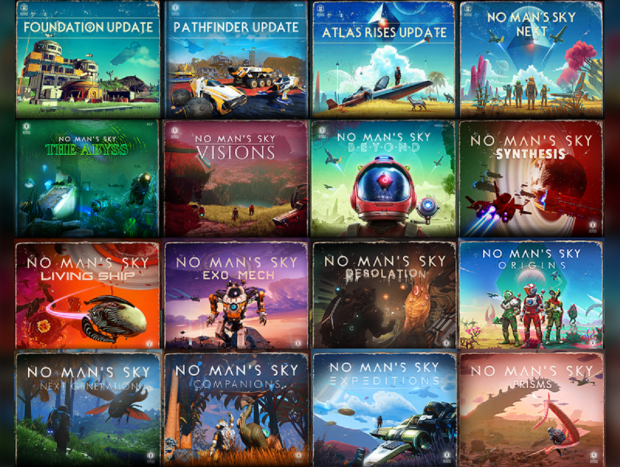