Hello Games is gearing up for a big new ambitious game that could rival No Man's Sky's massive cosmic scope...but it won't be No Man's Sky 2. 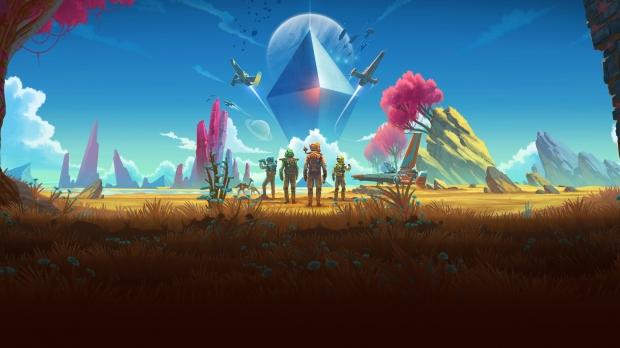 Hello Games has re-confirmed its next project will be a colossal endeavor. Across the last 4 years the game has expanded with 7 free DLC packs and transformed into one of the most popular space sims on the market. The new game could be even bigger.

Speaking with Polygon, Sean Murray says the next project is "a huge, ambitious game like No Man's Sky."

Hello Games just launched The Last Campfire, which was a way for the studio to kind of take a breather from the huge titles behind the scenes. Now it's swinging back towards the next experience.

This isn't the first time we've heard about this new game, though. Back in July 2019, Murray confirmed the game was in development:

Murray also says that Hello Games may do things differently this time to avoid controversy. No Man's Sky was ridiculed and lambasted at launch, but Hello Games redeemed themselves in the public eye by releasing seven big expansions that utterly changed the game.

The goal is to avoid things like that from happening a second time. Hello Games is more seasoned now and knows how to handle PR situations and interviews; plus it could attract big backers like Epic Games, who may offer a more appealing exclusivity offer with a 88%-12% split.

Hello Games hasn't announced what they're working on, and probably won't for a while. The studio is pretty secretive so we'll just have to wait.