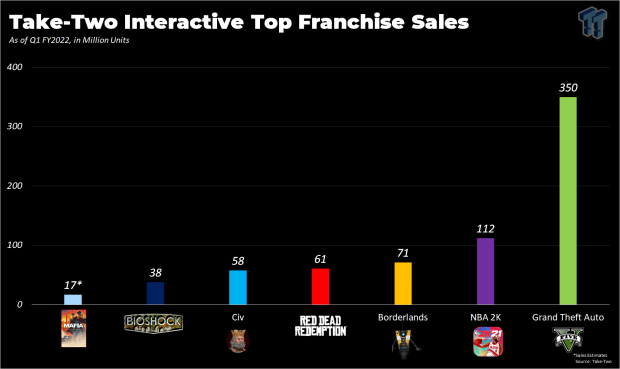 As part of its earnings brief to investors, Take-Two updated its sales figures for top game series. Grand Theft Auto tops the charts with a whopping 350 million copies shipped, of which GTA V makes up 42%, or 150 million.

BioShock is at an impressive 38 million units despite not having a new mainline game released in 8 years. The series benefited from re-releases of the classic games for modern platforms, and BioShock 4 is currently in development.

Take-Two says it will introduce new IP alongside these consistent well-earning franchises, and the company still plans to release 62 games by 2024.