Mark Cerny says he plans to use a WD_Black SN850 SSD in his PlayStation 5 to expand storage. 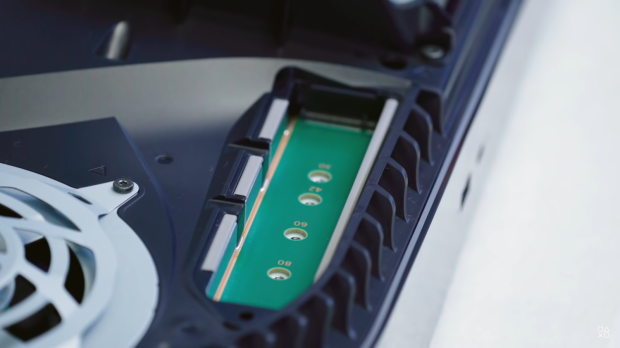 The PS5's SSD expansion bay will soon be unlocked to finally let gamers add more high-end storage to their consoles. After a new firmware update drops, PS5 owners can slot in a PCIe 4.0 NVMe M.2 SSD into their console that's up to 4TB big. But what drives do you buy? Sony has yet to put together an official list of compatible SSDs just yet, but they have given some guidelines: It needs to be at least 5GB/sec, it has to be a PCIe 4.0 NVMe M.2 drive, and it needs to have a heat sink. These don't come cheap.

Case in point: Mark Cerny is inadvertently recommending the WD_Black SN850 2TB SSD, which comes with a heat sink and can hit incredible speeds of up to 7GB/sec. It's also pretty expensive at $500, which is literally the same price as a disc-based PlayStation 5.

Seagate was the first to announce a PlayStation 5-compatible SSD with the Firecuda 530, which can hit 7.3G/sec speeds and is priced at $275 for 1TB.

"We have done some testing with Sony on the PlayStation 5 and today we can confirm that the FireCuda 530 with the heat sink has met all the PS5 requirements," Seagate ANZ manager Jeff Park told Finder.

Sony should have a list prepared once the firmware goes live. Right now the expansion bay-unlocked firmware update is only in beta phases and isn't available to the public yet.

See below for full requirements.

The height must also be in the right place, in relation to the M.2 SSD's circuit board: