An interesting image has come out of a known UFO chaser, and the image was sourced from a video shot by the International Space Station (ISS).

The image has been posted on the MrMBB333 YouTube channel that almost has 500,000 subscribers and shows a screenshot taken from the ISS's onboard live camera on July 3, 2021, at 8:30 am EST. The YouTuber points out that the image shows ten small black objects that remain unidentified at this current time.

The YouTuber claims that the objects are "traveling with the space station above planet Earth", insinuating that they are unidentified flying objects (UFO). However, no proof has been provided if these objects are flying or officially declared "UFOs". It should also be noted that due to the current "hype" around UFOs, many images/videos are being posted all around the internet claiming "UFO encounters" - most of the time with very little proof or at least lack high-quality footage.

With the previous point in mind, the image in question could have easily just had the black dots photo-shopped in to create content for social media. For more information on this story, visit this link here. 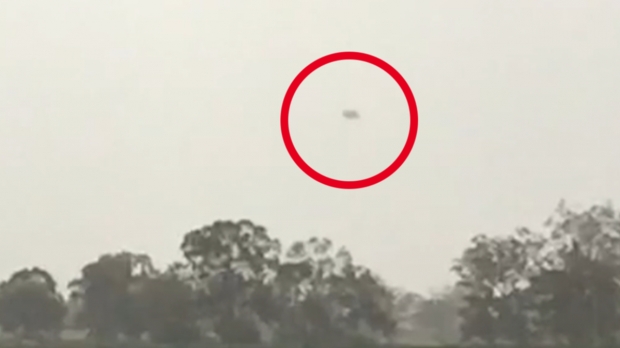