The 58-page document outlines several interesting pieces of information surroundings Unidentified Flying Objects (UFOs), such as old reports that are relevant today and the United States' involvement with conducting research.

Page 24 features an introduction that states a list of three "weapon systems" that were extracted from data analysis of 1,000 reports of UFO landings or near-UFO landings. The report states that the creatures or objects outlined in the cases possess "a device to interfere with electrical circuits," "a device to induce paralysis," and a "heat ray."

Under the "Stalled Engines," it reads on page 27 that a vehicle stalled within the vicinity of a transparent mushroom-shaped object that had occupants inside with "cat-like" faces. Page 32 features Case 144, France, which states that two individuals came into contact with two "dwarfs" who used an object to paralyze one of the individuals. The paralyzed individual was unable to move or talk until the light was shut off. 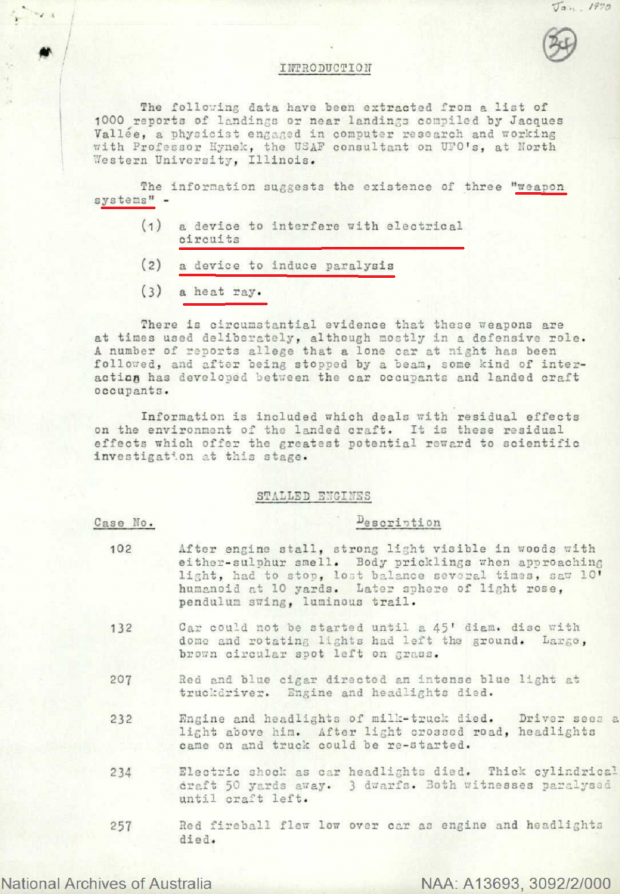 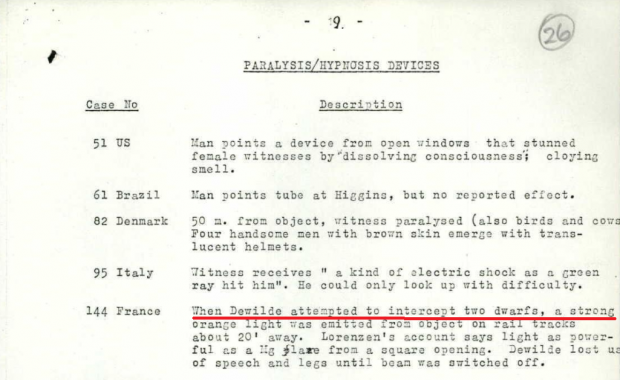 The Pentagon: A History