The VSS Unity has successfully completed four flights, with the fourth flight having Virgin Group founder Richard Branson on board. Now, Branson has told The Sunday Times that he won't be the only billionaire to make it to space on the VSS Unity, as he revealed that Elon Musk has dropped a $10,000 deposit for a seat on the spaceplane.

A Virgin Galactic spokesperson later confirmed the news about Elon Musk flying on the VSS Unity to The Wall Street Journal. The most recent price of a ticket on the VSS Unity is $250,000, so it can be assumed that Musk will be paying the full price at a later date. Before Branson's flight, Branson posted a photo of him and Elon Musk, saying, "Elon's a friend, and maybe I'll travel on one of his ships one day." For more information on this story, check out this link here. 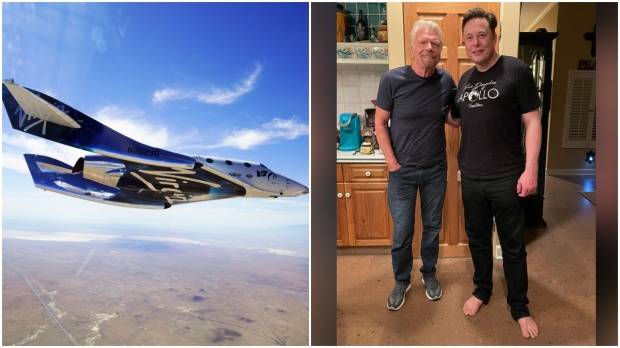