In recent images and videos of Kim Jong-un, it appears the leader has slimmed down, but according to the country's state television, he is "emaciated". 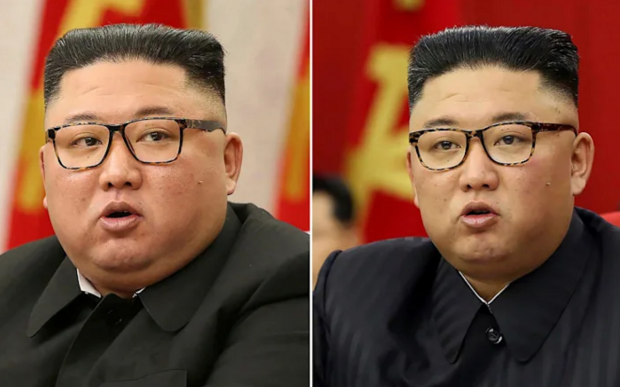 For those that don't know, "emaciated" defines as 'abnormally thin or weak, especially because of illness or a lack of food.' The state television is forbidden to comment on the leader's personal live, which suggests that the comment was pre-planned. If the comment made in a report by KCTV was pre-planned, it would seem that Kim Jong-un has dropped the weight and the comment to show his devotion to his nation that is currently suffering from food shortages on top of an apparent economic struggle.

Here's what a resident of the capital that remained anonymous said in the KCTV report, "Seeing our respected general secretary looking emaciated breaks our people's hearts the most. Everyone is talking about how their tears welled up immediately." It seems that the drop in weight by the leader is an effort to portray that he is just like the struggling people living in the streets of his country, who are, by his own admission, experiencing a "tense" food situation.

Edward Howell, a lecturer in politics and North Korea expert at the University of Oxford, said, "The focus on his weight loss could simply represent a shift to a healthier lifestyle for Kim, and a way of asserting domestic control."

"Kim has made clear that North Korea is going through grave food shortages, and the people should prepare for tough times. He admitted the failure of his Five-Year economic plan earlier in the year. A thinner leader may also bolster domestic legitimacy in the eyes of the people: he can be seen as a man of the people, even if the reality is far from this."

North Korea: Like Nowhere Else: Two Years of Living in the World's